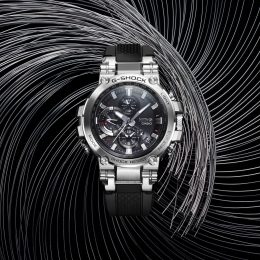 Casio G-SHOCK announces the addition of two new timepieces to the luxury men’s MT-G collection. Featuring Bluetooth connectivity, the latest models also boast colorful accents of red (MTGB1000D-1A) and blue (MTGB1000BD-1A) on the backside of the band, as well as a new band and case structure.

Each model also comes equipped with G-SHOCK technology including:

The MTGB1000D-1A and MTGB1000BD-1A will retail for $900 and $1,000 and will be available for purchase beginning in November 2018 at standard G-SHOCK retailers including Macy’s, the G-SHOCK Soho Store, and gshock.com.