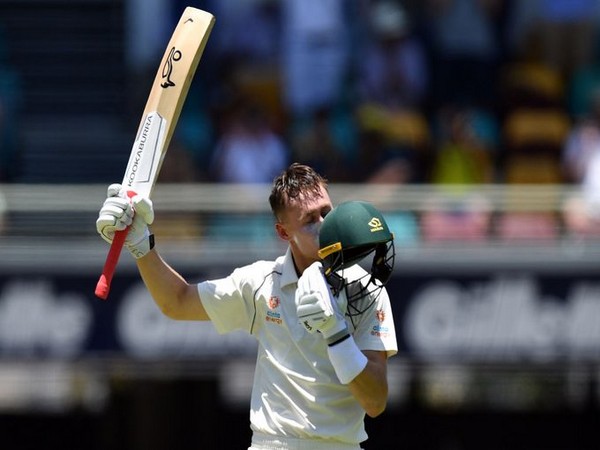 Brisbane [Australia], Nov 23 : Pakistan were trailing by 276 runs after bundling out Australia for 580 on day three of the first Test on Saturday.

Pakistan got off to the worst start as they lost two early wickets. Azhar Ali (5) and Haris Sohail (8) were scalped by Mitchell Starc.

Asad Shafiq too failed to leave his mark on the scoreboard and was picked by Pat Cummins for a duck. Shan Masood and Babar Azam are unbeaten at the score of 27 and 20 runs respectively. Pakistan were at 64/3 after the stumps on day three.

Australia resumed their innings from 312/1 on day three with David Warner and Marnus Labuschagne starting scoring runs from 151 and 55 respectively.

Warner, after playing an emphatic knock of 154 runs, was scalped by debutant 16-year-old Naseem Shah. Shah became the youngest Test cricketer to play in Australia.

Steve Smith joined Labuschagne but failed to leave his mark on the crease. Smith (4) was bowled by Yasir Shah reducing Australia to 358/3.

Matthew Wade and Labuschagne built a stand of 110-run for the fourth wicket and guided the team to get past 400 run-mark.

Haris Sohail got rid of Wade after scoring 60 runs as he was caught behind the stumps by Mohammad Rizwan.

Travis Head (24) and Tim Paine (13) added brief runs to the scoreboard and were departed by Sohail and Shaheen Shah Afridi respectively.

Labuschagne missed out on his first double ton of the career after playing a massive knock of 185 runs. He was sent back to the pavilion by Shah Afridi. Tailenders added 34 runs to the scoreboard before bundling out on 580 runs.