Consumers base on both Sky TV as well as Now TV is in a mood to subscribe to Sky Sports saving a big sum of money. 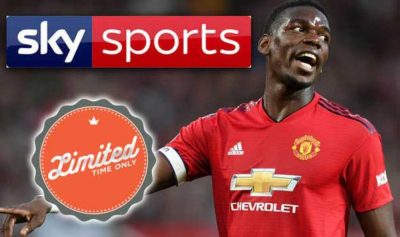 After coming to know, about the Sky TV offer which is offering a money-saving deal to the new and existing customers, a lot many subscribers have rope-in to get its subscription. With the starting of new Premier League Season this weekend, Sky sports become the first place where one can watch most of the matches on TV.

This season, Sky Sports will be showcasing more than 100 live premier league games as well as exciting games from the Championship, SPFL and Carabao Cup. Overall, there will be more than 500 games will be shown exclusively. The satellite TV Company is rendering an offer which slashes prices of its Sports and Entertainment with a marginal amount of £19 per month. The consumers will also be benefited with the bulk of other entertainment channels embedded in the pack like Sky Atlantic, MTV, Eurosport, and discovery.

Consumers can save up to £342 of the 18 months. The first deal offers football fans a saving of almost 50 percent on the price of a Sky Sports package. A Sky Sports monthly pass on NOW TV is £33.99, and if you wanted it for the entirety of the Premier League season it would usually cost £339.90. But at present, a 10-month Sky Sports Season Ticket costs £179 – a saving of just over £160. The deal expires at midnight on August 20 and is available to new and existing NOW TV customers.

It should be noted; NOW TV retains the same content that you would usually have access to with a Sky TV subscription including Sky Sports, Sky Cinema and Exclusive Television Channels like Sky Atlantic. 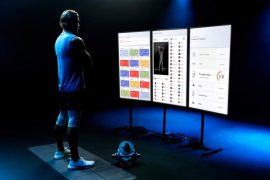