Whenever you talk about protein, the first and foremost thing that comes to mind is a chicken breast. Now, according to a US-based Heart Foundation, meat is considered to be the best source of protein. Hence, it makes it difficult for vegan-frontiers and keeps vegan people on dilemma on how meet their daily protein intake. Now let us tell you, this is not true, world best elite athletes from different walks of sports has opted vegan diet and are considerably doing great in their particular genre including Indian cricket skipper Virat Kohli, Nate Diaz of UFC, Venus Williams and Patrik Baboumian.

Despite the fact, it would be completely wrong to say, that you can’t suffice your daily protein requirement by consuming plant-based protein as there are a number of natural sources of protein that won’t leave you protein deprived. There is just one point that makes meat and dairy-based protein which falls in favor of these animal-based protein sources is that, the kind of protein these food entities provide is complete and delivers all those essential amino acids to a grown body which our body can’t make, however, there are other side effects also come with it. Period.

Paradoxically, there are some major benefits that come with plant-based protein sources which can pose a prolonged positive effect on your body.

Consuming a plant diet and sufficing your daily protein intake from a vegan protein source can be a great tool to lose weight.

For the environment sake

Switching to plant-based diets to procure protein has its own environmental advantages as animal products like meat and steak cause the emission of methane which subsequently causes global warming. Hence, it is forecasted that everybody needs to be Vegan by 2050 in order to reduce this irresistible influx of greenhouse gas. According to a report published in The Guardian, it is stated that the whole mass of livestock present on the earth provides only 18% of calories to humans covering a huge 83% of Farmland. The report highlights the need for avoiding meat and dairy products that can be a necessary step to reduce our environmental impact on the planet. The research also highlights the positive effect of scrapping consumption of meat and dairy products, we can reduce the use 75% of Global farmland roughly the area equals to the US, China, European Union, and Australia combined and still feed the world. An acute loss of wild areas to agriculture has emerged as the leading cause of mass extinction of wildlife.

An aid to your heart health

According to some studies, red meat which contains a high amount of saturated fat content is linked with the risk of heart disease and Type 2 Diabetes majorly due to saturated fat content. According to a controlled trial published in June 2019 in the American Journal of Clinical Nutrition, Plant-based diets have more positive effects on LDL or Bad Cholesterol levels in comparison to red meat diets and white meat diets.

Apparently, there are a plethora of other research readings present in the lab to support the advantages of a plant-based diet over animal-based diets. After learning the benefits of going green, we have enlisted a few natural sources of protein from plants. 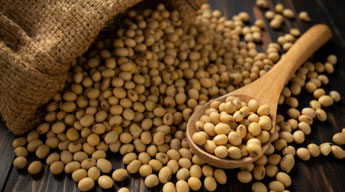 Lentils and other legumes including beans, peas, nuts, and seeds offer a full protein package. These great vegan sources of protein are a rich source of fiber, vitamins, minerals, and phytonutrient and can provide up to 9 grams of protein in a 1/2 cup of serving. These legumes also contain antioxidant-rich polyphenols which according to studies have anti-obesity, anti-cancer, anti-inflammatory, and anti-diabetes properties. 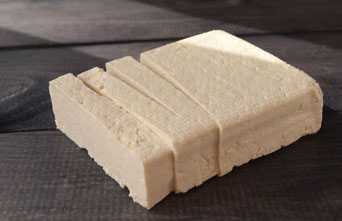 Soy can be used to make different food items including soy milk, edamame, miso, soy nuts, and tempeh. Soy is also used to make tofu as in its main ingredients which should be high as in meat-free muscle making diet, It provides 8 g of protein in an 85 gram of serving.

In the market, Tofu is available in distinct textures that are used for dressing and frying depending on its softness. 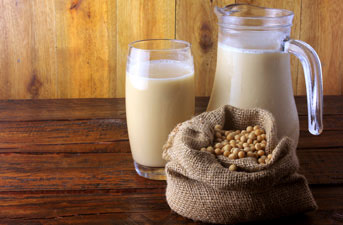 Soy milk contains 8 grams of protein per cup ( More than any other non-dairy beverage). You can use it in smoothies or your cereal, however, try to avoid flavored ones as they may contain a lot of sugar into it. 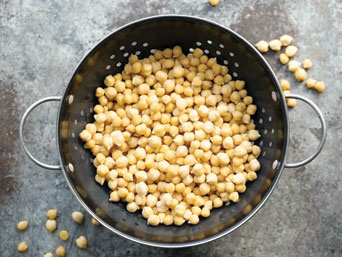 Chickpeas aka Garbanzo beans or pulses are plant-based sources of protein that are a great substitute to a meat diet.

These legumes are rich in protein, folate, fiber, iron, phosphorous and healthy fatty acids according to Harvard T.H. Chan School of Public Health. A ½-cup serving of chickpeas has about 7 g of protein, according to the United States Department of Agriculture (USDA). 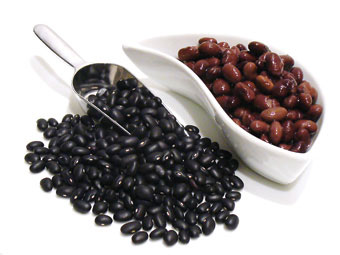 Beans like Black beans, Kidney beans, Navy bean, White beans contain around 8 grams fo protein in a 1/2 cup o serving. There are more than 20 kinds of beans available in the market and on average each kind of beans provides the same amount of protein to your body.

These beans are rich in protein, fiber, folate magnesium and iron.

In order to make delicacies out of it, one can use them to cook soups, rice dishes, toppings for toast and even gratins. Whenever you order beans online just go for low sodium or no-sodium added varieties for canned beans. 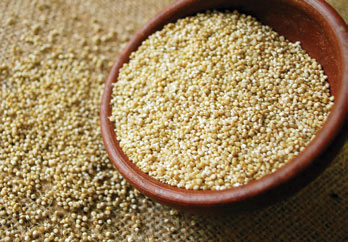 Quinoa is a grain that is quite rich in protein, complete protein source for Vegan people. One cup of cooked Quinoa contains 8g of protein. Besides, protein the grain is also rich in other essential nutrients including magnesium, iron, fiber, and manganese. Well, it can be used as a filler in Pasta, Soups, and Stews. You can also sprinkle Quinoa on a vegies salad and can be eaten as in the main course.

LeBron James gets inked in honour of Kobe Bryant 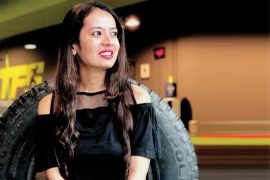 An anecdote of sports nutrition by Sayali Naik 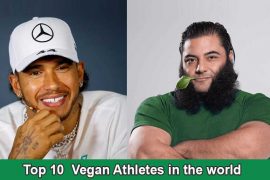 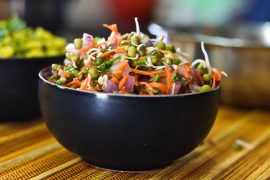