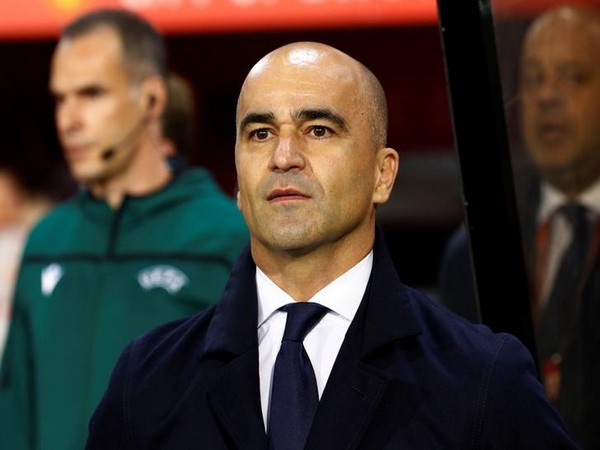 Leeds [UK], Nov 20 : After trouncing Cyprus in the Euro Qualifiers 2020 by 6-1, Belgium coach Roberto Martinez said that his side deserves to win the Euro Championship next year.

“We now have seven months to become as good as possible. This team deserves to win the European Championship but, in football, it’s not that simple,” Goal.com Martinez quoted as saying.

“Once you start the qualification, you have to go match by match and we did. It’s very nice to finally get there [with 10 wins],” he added.

Belgium completed their qualification campaign on Tuesday with 10 wins from 10 games in Group I, scoring 40 goals in the process.

Belgium were knocked out of Euro 2016 after facing a 3-1 defeat against Wales in the quarter-final stages.

“We need to get even better and then we see if we can play another great tournament. We have set the standard at the World Cup and we are continuing to develop into a team with a great deal of togetherness. And the fans are also important,” Martinez said.

“I think everyone just worked really well this year. The players know what to do and they do it with an incredible focus. Scoring six times and then playing again in this way is very good,” he added.

Belgium last lost their game back one year ago against Switzerland 2-5 in the Nations League.