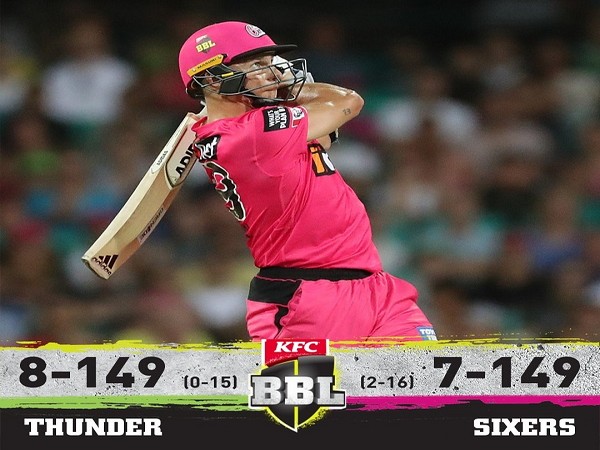 Sydney [Australia], Dec 28 : Sydney Sixers defeated Sydney Thunders in a thrilling super over by one run in the Big Bagh League (BBL) on Saturday.

In the super-over, the Sixers came to bat first and posted a target of 17 runs for Thunders. Skipper Moises Henriques’ swashbuckling skills came handy in scoring runs after the team had lost a wicket on the first ball.

On the other hand, the Thunders fell one run short. The team required six of the last ball but Alex Hales was only able to smash a four.

Earlier, Thunders won the toss and opted to bat first. The Callum Ferguson led side scored 149 in their 20 overs, courtsey a much-needed half-century by the skipper.

Chasing 150 runs, the match went down the wire with six runs required of the last two balls. Tom Curran smashed a four on the penultimate delivery but got run out on the last ball.

Curran was adjudged as the player of the match.

In sports you constantly have to prove yourself, well done: Abhinav Bindra hails Mary Kom