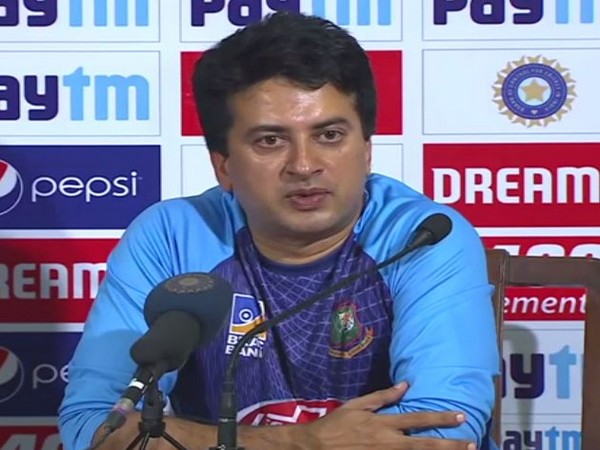 Kolkata (West Bengal) [India], Nov 23 : Bangladesh Cricket Board (BCB) media manager Rabeed Imam on Saturday said he is hopeful of Mahmudullah batting on the day three of the second Test match against India.

“Mahmudullah will be assessed again tomorrow. We are hoping that he will be able to bat,” Imam said after the completion of day two of the match.

Mahmudullah was hit in the 19th over, bowled by Umesh Yadav after which the batsman was retired hurt.

Bangladesh are trailing by 89 runs and have only four wickets in their hands.

After Kohli’s performance, pacers took the charge in the match on day two. Within seven overs of Bangladesh’s second innings, their four batsmen were sent back to the pavilion with just 13 runs on the board.

Ishant Sharma took four wickets in the second innings. The visitors are currently on 152/6.