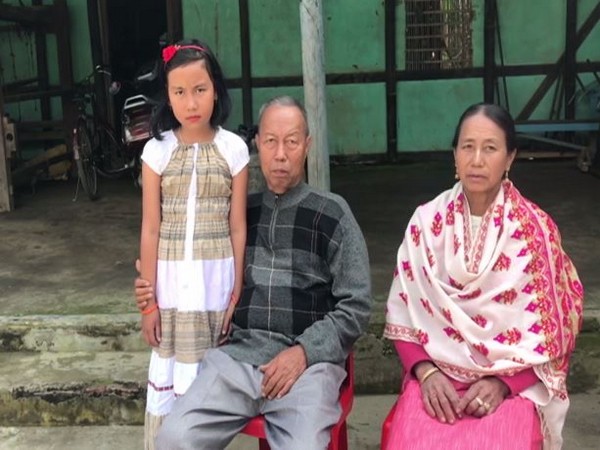 Imphal (Manipur) [India], Jan 30 : The parents of Indian woman footballer Ngangom Bala Devi, who was recently signed by Rangers FC, are beaming with joy over their daughter’s achievement and credited her consistent hard efforts for all the success.

The Scottish club, Rangers FC, on Wednesday announced the signing of Bala Devi, who also became the club’s first Asian international footballer, on an 18-month deal.

Devi’s parents, Manihar Singh and Memma Devi, also urged the state government to acknowledge the achievement of their daughter and promote her to a higher post in Manipur police, where she is currently employed as a constable.

“She should be promoted to higher post”, her parents told ANI.

We, however, are feeling a bit sad as Bala Devi will now spend most of her time away from home”, they added.

Bala Devi is the youngest of her four siblings and started taking a keen interest in playing football when she was just five.

Bala, who is the current top scorer for the Indian national women’s team, had expressed her elation over the signing and is aiming to perform well during her 18-month long contract.

“I am very happy and looking forward to it. Now, I just have to give my 100 percent and make India proud,” Bala had told ANI.

“In this 18-month contract, I have to perform well. Also, this will motivate the youngsters. There is no challenge but it is just the weather as temperature goes in negative there but we have to adjust to the weather wherever we go,” she added.