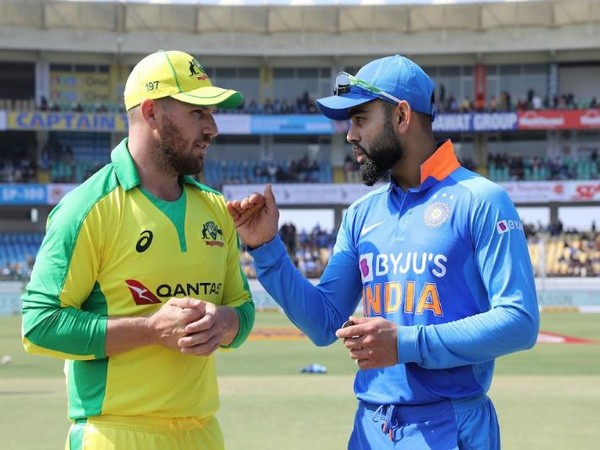 Bengaluru (Karnataka) [India], Jan 19 : Australia won the toss and opted to bat first against India in the third ODI here on Sunday.

The three-match ODI series is currently leveled at 1-1 and the winner of this match will clinch the series.

Australia completely dominated India in the first ODI as they secured a 10-wicket win in the match but the hosts made a brilliant comeback in the second game. India won the second ODI by 36 runs.

After this series, India will tour New Zealand for a five-match T20I, three-match ODI and two-match Test series, starting from January 24.