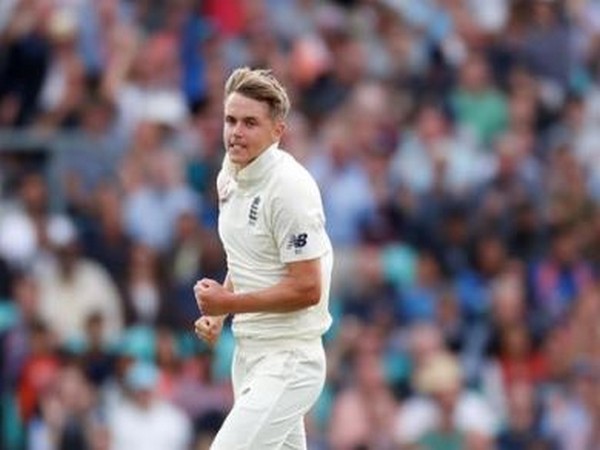 Dubai [UAE], Nov 19 : Ahead of the two-match Test series against New Zealand, England pacer Sam Curran has said that he looks up to teammate Ben Stokes and the way he manages to contribute with both the bat and the ball in his hand.

“As an all-rounder, I look up to someone like Stokesy (Ben Stokes) and the way he contributes with the bat up the order and he takes wickets when he bowls and that is what I aspire to do. As long as I am helping to win games for the team then I am happy,” International Cricket Council (ICC) quoted Curran as saying.

Curran also lauded pacer Jofra Archer and said it would be ‘exciting’ to feature in the same team as him.

“He is an amazing bowler and one you want on your side. I am sure he is going to be raring to go and it will be exciting to be playing on the same team as him. I do not think our batters would want to be facing him. Hopefully, he can ruffle a few feathers,” Curran said.

The 21-year-old has played 11 Tests for England so far and he has managed to score 541 runs.

He has also scalped 21 wickets in the longest format of the game. Curran was a part of the Ashes squad, but experienced Chris Woakes got a nod ahead of him.

“There was frustration, but the team was in a good place going into the Ashes. I was in all the squads, so that was a confidence booster. At the same time you’d love to be playing, and as the series went on you’re itching to get out on the field,” Curran said.

England will take on New Zealand in a two-match Test series, slated to begin from November 21.