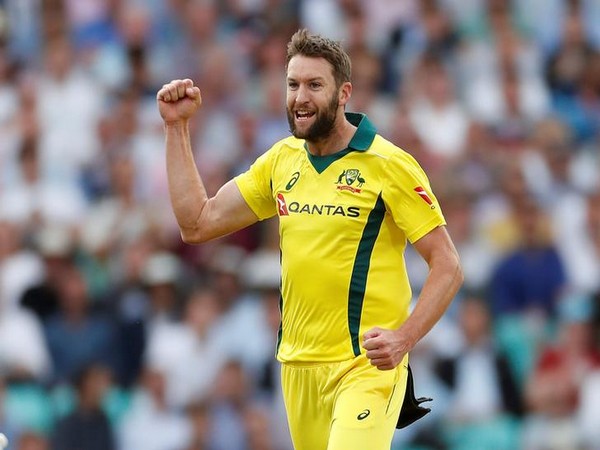 Perth [Australia], Nov 19 : Pacer Andrew Tye was on Tuesday ruled out for the beginning of the 2019-20 Big Bash League (BBL) due to an elbow injury.

The 32-year-old pacer ruptured the medial ligament in his right elbow while throwing the ball during Australia’s training session last month.

“AJ underwent successful reconstructive elbow surgery in Sydney a fortnight ago and has been recovering well. We expect AJ will be unavailable as a bowler for 3-4 months. His availability in the BBL will be reviewed in the second half of the tournament,” WACA Sports Science Sports Medicine Manager Nick Jones said in an official statement.

Tye was recently released by Indian Premier League (IPL) side Kings XI Punjab last week ahead of the upcoming auction.

He managed to take 24 wickets at an average of 18.66 during the 2018 IPL season but he had a difficult time in this year’s edition as he picked up just three wickets.

He took 21 wickets for Perth Scorchers in the last year’s BBL.

“It is never nice to lose any player to injury, but someone as experienced and well-liked as AJ is a big blow for us. I am confident we have the depth to cover AJ and hopefully, fans will see him in action towards the end of the Big Bash,” Scorchers coach Adam Voges said.

BBL is slated to begin from December 17 this year and Scorchers will take on Sydney Sixers in their first match on December 18.