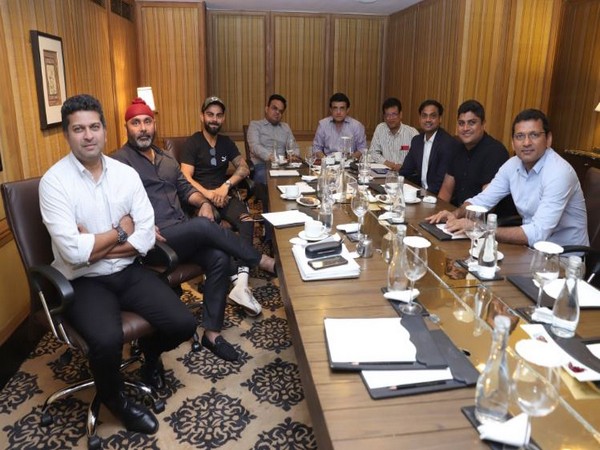 Kolkata (West Bengal) [India], Nov 21 : The All India Senior Selection Committee met here on Thursday to pick the squads for the forthcoming series against West Indies.

Chief Selector MSK Prasad was joined by India skipper Virat Kohli, Board of Control for Cricket in India (BCCI) president Sourav Ganguly and others to pick the team.

BCCI took to Twitter and posted a picture from the meeting.

“The All India Senior Selection Committee met in Kolkata today to pick the squads for the upcoming tour against West Indies – An update on the teams in a bit #TeamIndia #INDvWI,” BCCI tweeted.

India will play three T20Is and as many ODIs, starting from December 6.

We didn’t feel too much pressure: Josh Hazlewood