Ahmedabad Team bought by CVC Capital has got a letter of Intent from BCCI and according to insiders Hardik Pandya is likely to captain the team.

Ahmedabad Team has started making the team and with few legal tic-tacs left with BCCI. If the deal goes through, it will be a major shot in the arm of Hardik who has fallen out of favour for the India selectors. While Ashish Nehra, veteran Pacer will be head coach of the team.

However, It was reported that the big catch will be star Afghanistan allrounder Rashid Khan. Rashid has been in talks with both Ahmedabad and Lucknow for weeks. According to sources, the Ahmedabad franchise looks ahead of the race at the moment. Ishan Kishan is the preferred wicketkeeper.

The two new franchises will have to give three names (two Indians and one overseas) before the mega auction which is likely to be held in Bengaluru on Feb 11-12. We have also learnt that there is a chance that the IPL auctions may be pushed back due to the rising number of Covid cases in the country.

KL Rahul is all set to take the head of Lucknow Team, but it was learnt that team has Marcus stoinis and Kagiso Rabada too as backups.

Leg-spinners Yuzvendra Chahal and Rahul Chahar are also in demand since both the grounds at Ahmedabad and Lucknow have big boundaries which is seen as an advantage for leg-spinners. 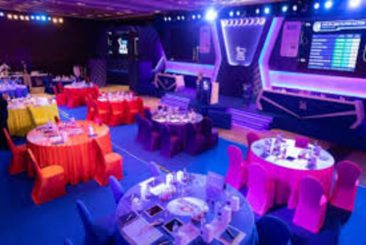 It will be interesting to see where Shreyas Iyer goes in the auction. The middle-order batter chose to walk out of Delhi Capitals after the captaincy was handed to Rishabh Pant from him. Sources say Kolkata Knight Riders (KKR) are interested in getting Iyer as a captaincy option.

From this season onwards, Two Teams Ahmedabad Team and Lucknow Team will be joining the battle and 10 teams will feature and contest for the trophy.

Tata Group will be title sponsor of IPL from this season