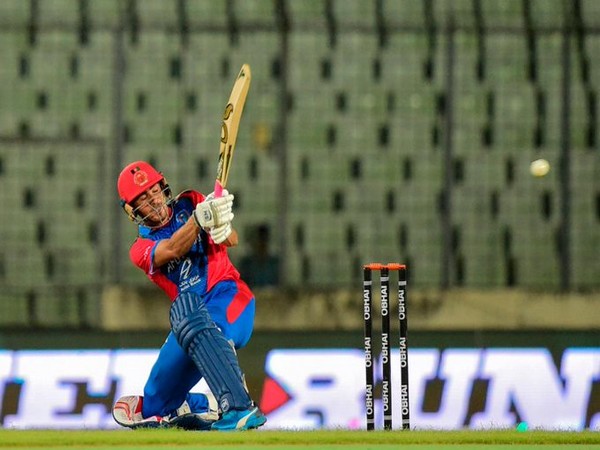 Evin Lewis and Shai Hope built a partnership of 26-run for the third wicket before the former was picked by Karim Janat after scoring 24 runs. After the end of right overs, the Caribbean team were at the score of 42/3.

Shimron Hetmyer came in to bat at number five and played a brief knock of 11 runs off 10 balls. He was caught by Asghar Afghan off Rashid Khan’s ball in the 13th over.

Hope along with skipper Kieron Pollard built a partnership of 32 runs before the latter was sent back to the pavilion by Naveen-ul-Haq in the 18th over. At that point, Windies were required 44 runs off in 16 balls.

Hope too departed in the next over by Gulbadin Naib after playing a knock 52 runs. After that Windies were reduced to 127/7 in their 20 overs.

Earlier, Afghanistan won the toss and elected to bat first. The Afghan team posted a total of 156/8 in their allotted 20 overs.

Rahmanullah Gurbaz and Ibrahim Zadran together built a partnership of 32 runs for the third wicket. Zadran (1) lost his wicket in a run out to Jason Holder in the eighth over.

Ashgar Afghan joined Gurbaz in the middle and scored a steady partnership of 50-run for the fourth wicket. Afghan was sent back to the pavilion by Keemo Paul in the 14th over after scoring 24 runs.

Gurbaz after playing a fearless knock of 79 runs off 52 balls was dismissed by Kieron Pollard in the 17th over.

Najibullah Zadran and Mohammad Nabi played a knock of 14 and 15 runs respectively to help the side to reach a respectable total of 156.

Both the teams will now play in the one-off Test at here from November 27 to December 1.