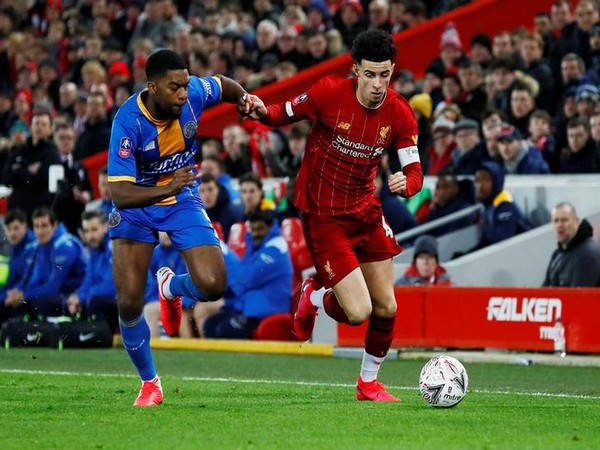 Liverpool [UK], Feb 5 : Liverpool’s Curtis Jones, who became the club’s youngest ever captain, said it is an amazing feeling and a proud moment for him to achieve the feat.

“It’s an amazing feeling. The boys, the coaches, the staff that have trained all week have been absolutely unbelievable and it’s a proud moment for me to be the youngest player to captain the Reds. I’m happy that we topped it off with a win for our great fans,” the club’s official website quoted Jones as saying.

Liverpool secured a 1-0 win over Shrewsbury in FA Cup on Wednesday under the leadership of Jones.

Jones said the club has got an ‘unbelievable history’ and it is special to lead Liverpool from the front.

“It’s got an unbelievable history, it’s got unbelievable fans and it’s an amazing feeling just to be out there and playing, but to captain the team is just an extra bit special,” he said.

In the fifth round of the FA Cup, Liverpool will compete against Chelsea on March 6.