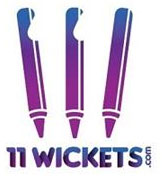 The tournament is taking place from 5th of October 2018, at Sharjah Cricket Stadium. Team “NANGARHAR LEOPARDS” consists of iconic players such as Andre Russell, Mujeeb Zadran, Ben Cutting, Shafiqullah Shafaq and many more. Andre Russell has been chosen as the Captain of the team and Former Indian pacer, Venkatesh Prasad is the Head Coach of the “NANGARHAR LEOPARDS”. A right-arm medium-fast bowler, Prasad was noted for his bowling combination with Javagal Srinath.

11Wickets is a new online game designed to inspire sports fans especially cricket and football enthusiasts to express themselves with passion, optimism, strength and knowledge about their favourite sports and be involved with sports online through their fantasy team. The fantasy game software is available both as an app and via online website. Leading Star Sunny Leone is the Brand Ambassador of 11Wicktes. “I’m really glad to be a part of 11Wickets! I have been learning online cricket for a while now. 11Wickets’s name is synonymous with online cricket in India – it was an immediate yes from my side. It’s amazing to see the growing passion for cricket and I would love to be a part of this journey,” shares Sunny Leone, the Brand Ambassador of 11Wickets.

“We aim to make 11Wickets an iconic and ground-breaking brand, a champion of fantasy sports, and I am so happy to be the Title Sponsors for Team “NANGARHAR LEOPARDS,” said Navneet Makharia, the Founder & CEO of 11Wickets.