Alexander Zverev, the stalwart of tennis  newly ushered in the fame hall after defeating Daniil Medvedev in summit clash in ATP finals to clinch the second title of his carrier after 2018.

An alien to the BEST FOUR group world knows, comprising Roger Fedrer, Novak Djokovic, Andy Murray, Rafael Nadal, he became the second person to win 6 titles in a season since 2003. In past 18 years, only David Ferrer, who won 7 titles in a season pulled this feat in 2003.

The top four, Roger Fedrer, Novak Djokovic, Andy Murray, Rafael Nadal has been claiming lot of titles and have been the main face of the game.

Alexander Zverev is the first player since Roger Federer and Rafael Nadal (both 2017) to finish a season with six titles or more. Novak Djokovic came close this year but ended up with five titles. The Serb also won five titles in 2019.

Lets have look of the career feats of these top four who has dominated the game for more than decade, refer to the image below to appreciate the best four stalwarts of the game. 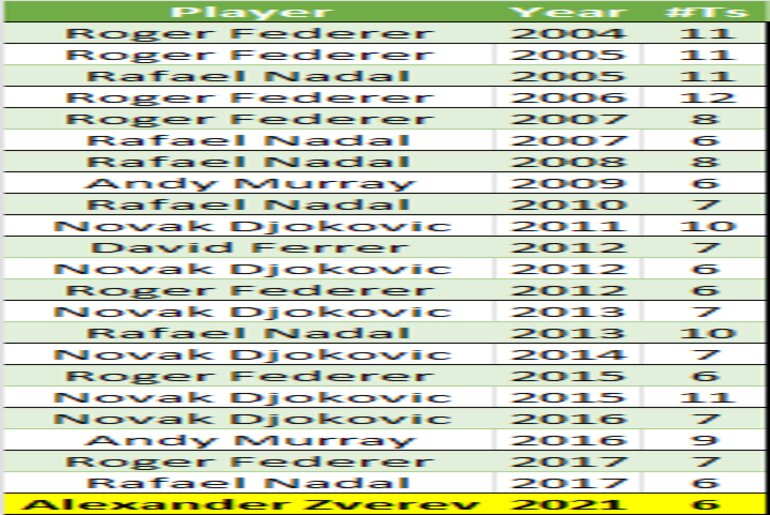 Roger Federer won a whopping 11 titles in 2004 and 2005. He did one better in 2006, as he won 12 events. But those numbers still fall short of the all-time record of 16 titles in a season, achieved by each of Rod Laver, Ilie Nastase and Guillermo Vilas. 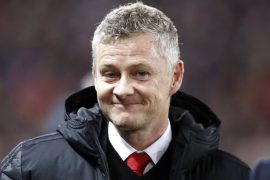