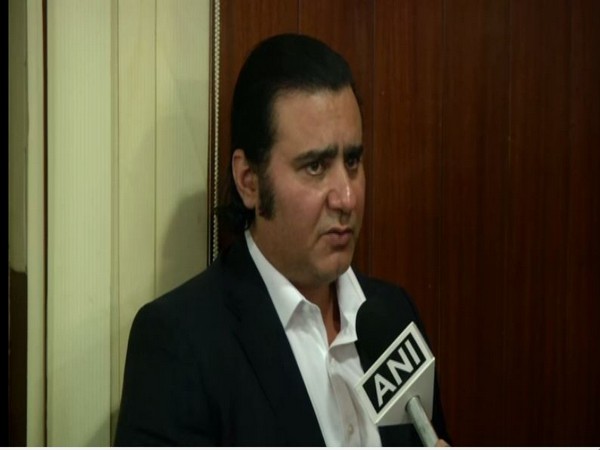 New Delhi [India], Nov 7 : Indian tennis player Rohit Rajpal who has been made the non-playing captain for the upcoming Davis Cup fixture against Pakistan, on Thursday said that he would not have had any issues even if the tie was played in Pakistan.

His remarks come after the International Tennis Federation’s (ITF) decision to shift the Davis Cup tie out of Pakistan to a neutral venue.

“It was all a little too last minute. We came to know around 11 on November 4 that the tie would be played at a neutral venue. Before that, everyone was bound to go to Pakistan, we are sorting out all logistics. We had started talking to the players. We did not have any issues if we had to travel to Pakistan,” Rajpal told ANI.

Veteran tennis player Mahesh Bhupathi on Wednesday had said that he still believes that he is the non-playing captain of India.

Earlier in the day, AITA CEO Akhouri Bishwadeep had revealed that Bhupathi had conveyed to the federation that he was not willing to travel to Pakistan, citing security concerns.

“Social media has one track. I believe that the relation between AITA and the players should be better, there needs to be more trust between both. Certainly, I do feel it needs to be more interactive and I would urge the players to use AITA services in a more collaborative manner,” Rajpal said.

“Leander and Mahesh are legends of the game. It is not as if someone is not willing to travel to Pakistan, they are not doing national duty. Everybody has a different stand to the issue, you need to get on the court to perform. Everyone needs to be happy to give the best performance. There are many things that younger players can learn from Mahesh,” he added.

Pakistan Tennis Federation has appealed against ITF’s decision to shift the Davis Cup tie to a neutral venue. Rajpal said that the final squad would be decided when the international federation announces the venue for the fixture.

“Pakistan federation has appealed against the ITF’s decision to shift the tie to a neutral venue. I think in the next four-to-five days, we will know in which country we will play the Davis Cup tie or who knows, maybe Pakistan will win the appeal and we have to play there. Depending on which country we will play on, we will choose the squad. We want to win the tie and we will choose the correct squad,” Rajpal said.

On Monday, ITF had shifted India’s Davis Cup tie against Pakistan to a neutral venue following the latest advice by the ITF’s independent security advisors.

Following a review of the latest advice given by the ITF’s independent security advisors, the Davis Cup Committee has taken the decision that the Davis Cup Asia/Oceania Group I tie between Pakistan and India on 29-30 November 2019, must be played at a neutral venue,” the ITF had said in a statement.

“The ITF and Davis Cup Committee’s first priority has always been the safety of athletes, officials and spectators and the decision was made on this basis,” it had added.