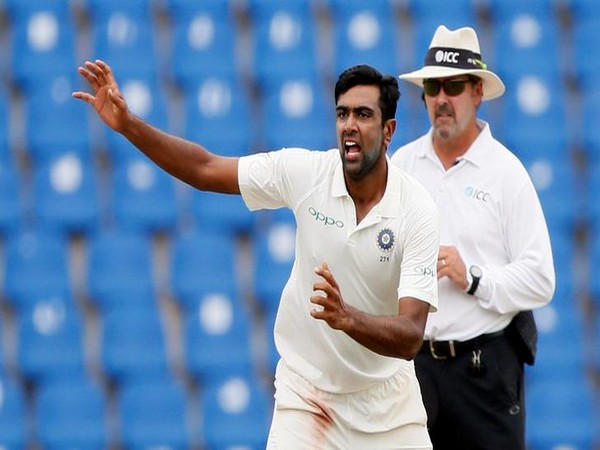 New Delhi [India], Dec 31 : India spinner Ravichandran Ashwin has said that he will ‘Mankad’ any batsman who gets out of the crease in the next year’s Indian Premier League (IPL).

The cricketer was doing an #AskAsh session on micro-blogging website Twitter and during it, he was asked by a fan as to who he plans to dismiss via ‘Mankading’.

“Who are the potential batsmen you can Mankad this IPL? #askash,” the fan tweeted.

Ashwin replied saying: “Anyone who goes out of the crease”. 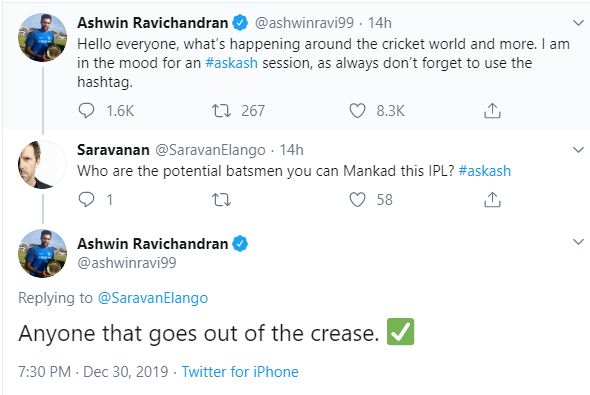 During the 2019 IPL, Ashwin ended up dismissing Rajasthan Royals’ batsman Jos Buttler through the ‘Mankad’ and this riled up various cricketers and fans worldwide.

According to the law, “If the non-striker is outside the crease at the point the bowler would normally be expected to release the ball, then it is within the rules to run him out.”

Buttler was run out by Kings XI Punjab’s skipper Ravi Ashwin and his dismissal probably ended up costing Rajasthan the match as they fell 14 short of Punjab’s total this year.

Kings XI Punjab traded Ashwin this year and the player would now be representing Delhi Capitals in the tournament.