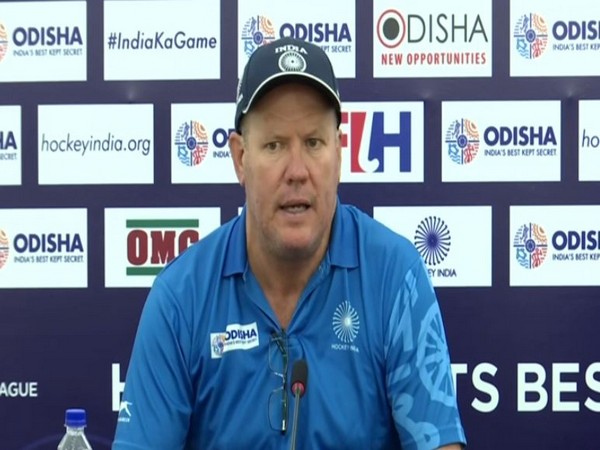 Bhubaneshwar (Odisha) [India], Jan 19 : After winning the second game against the Netherlands 3-1 in a shootout at the FIH Hockey Pro League, India coach Graham Reid said “we are around the place we need to be”.

“We are around the place we need to be. We just need to do a lot of improvement and things between now and the Olympics. It was a good start. Things like second quarter we let ourselves down a little bit again,” Reid told reporters in the post-match conference.

Rupinder Pal Singh’s late goal helped India to play out a 3-3 draw against the Netherlands after which the game went into a shootout. After losing to India 5-2 on Saturday, the Dutch side compensated well and restricted them to a draw.

The first quarter ended goalless as both the teams failed to score a goal. Mink van der Weerden converted a penalty corner in the 24th minute and gave the Netherlands a 1-0 lead. However, soon after India got the equaliser as Lalit Upadhyay registered the goal in the second quarter.

“In the first quarter we made a lot of opportunities and if had put them away it changes the game a little bit like we did yesterday,” the coach said.

The Dutch were in no mood to slow down and their efforts paid dividends as Jeroen Hertzberger and Bjorn Kellerman scored to give the visitors a 3-1 lead.

“We know that we will get the opportunity and we have to convert those. We made a comeback today after going 3-1 down. We are maturing game by game. Mistakes are part and parcel of the game and we have to learn from mistakes,” Rupinder Singh, Player of the Match, said.

India will next take on Belgium at the FIH Hockey Pro League on February 8.