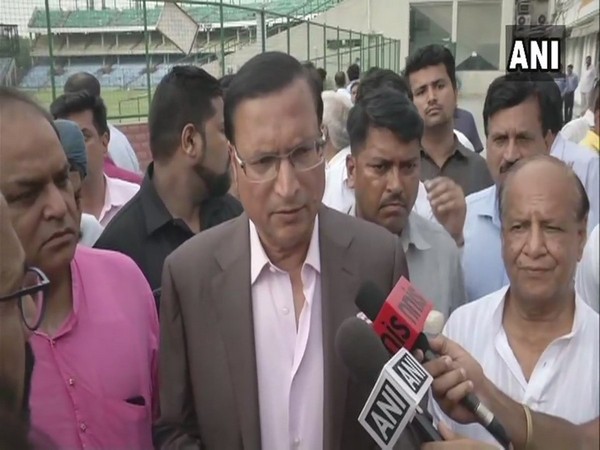 New Delhi [India], Nov 16 : After resigning from the post of President of Delhi and District Cricket Association (DDCA), Rajat Sharma on Saturday said that it was not easy working within the association.

In a tweet, Sharma said: “It was not easy to work here. But your faith gave me strength. Today I have decided to leave the post of DDCA President and have sent my resignation to Apex Council. Thank you for the love and respect you have given me: Rajat Sharma”. 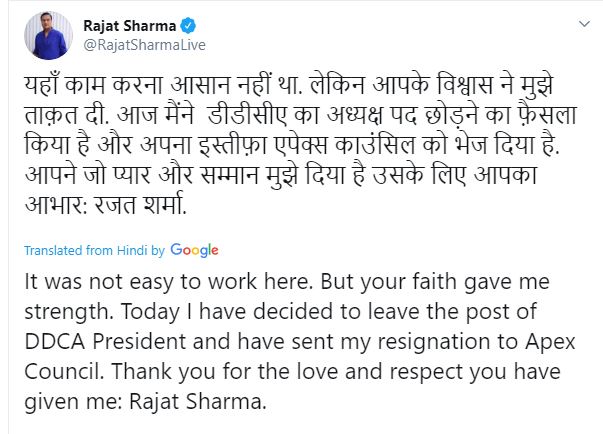 In his resignation letter, Sharma had said that he had made every effort to discharge his obligations in the best interest of the association.

“I take this opportunity to thank you all to have reposed faith in me during my tenure as the President of DDCA. In my short stint, I have made every effort to discharge my obligations in the best interest of the Association with honesty and sincerity. The sole agenda was the welfare of the Association and transparency in each and every aspect,” Sharma said.

“In my endeavour though I faced many roadblocks, opposition and oppressions, just to keep me from discharging my duties in fair and transparent manner, however, somehow I kept moving with only one agenda that all promises made to the members must be fulfilled while keeping the interest and welfare of cricket paramount at all times,” he added.

He also went on to say that the administration was full of pull and pressures and that vested interests are working against the interest of cricket.

“However, cricket administration here is full of pulls and pressures all the time. I feel that vested interests are always actively working against the interest of cricket. It seems that it may not be possible to carry on in DDCA with my principles of integrity, honesty and transparency, which I am not willing to compromise at any cost,” Sharma added.

Sharma was appointed as the DDCA President in July last year and he had managed to earn 54.40 per cent votes in his favour.

Rajat Sharma resigns from the post of DDCA President