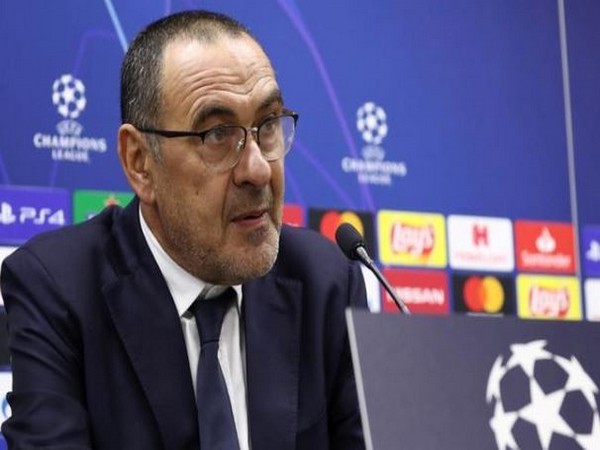 Leeds [UK], Nov 26 : Juventus coach Maurizio Sarri has claimed that he was being dubbed as a ‘Taliban’ for wanting to play his own style of football known as the ‘Sarriball’.

This style of Sarri was highly popular when he was with Napoli between 2015-2018 as he led the Serie A club to two-second place finishes in the tournament.

“I was defined as a Taliban because I always wanted to play my football, now it is not good enough because I adapt to the different characteristics of my players. If I had to listen to or read the things that are said about Juventus, I would go crazy. I just get on with my work,” Goal.com quoted Sarri as saying.

“I would like to see the most consistent team and certain attitudes, but we must take into consideration the different characteristics of our players,” he added.

Sarri has steered away from his own style of football ever since joining Juventus as the team comprises of Cristiano Ronaldo, Gonzalo Higuain and Paulo Dybala.

His performance with Napoli earned him a coaching stint with Premier League side Chelsea last season, but he was constantly criticised for wanting to play his own style of football.

He was later let go by Chelsea and then he went on to join Juventus.

“We will improve in many aspects, but you can’t go for your personal taste and against the characters you already have,” Sarri said.

“The team must be accompanied by implementing ideas, and we have real room for improvement. Right now, we are only showing flashes of what we feel we can achieve and we would like to show them more consistently,” he added.

Juventus is currently placed at the top of Serie A with 35 points from 13 matches and the side will next take on Sassuolo in the competition on December 1.

Williamson to personally apologise to Archer for racial abuse