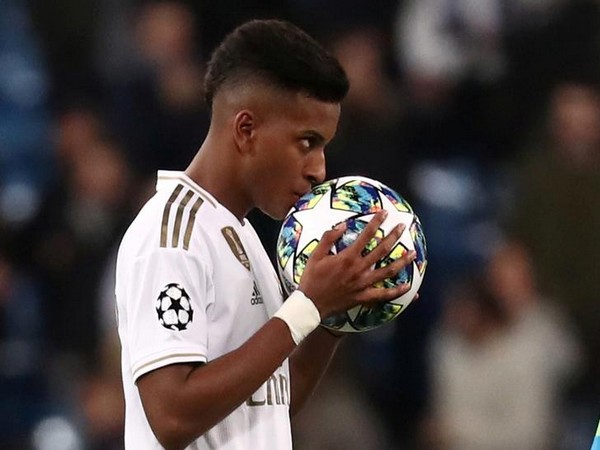 Leeds [UK], Nov 13 : Real Madrid’s Rodrygo said it was his dream to play alongside Cristiano Ronaldo, who left the club to join Juventus.

“Being able to play alongside Cristiano Ronaldo at Real Madrid was a dream of mine and it’s a shame that he left because now I think it would be very difficult to play with him,” Goal.com quoted Rodygo as saying.

Ronaldo joined Juventus last year from Real Madrid. Although Rodrygo is playing brilliantly at Real Madrid, he is afraid of being compared with the Portuguese international.

“I am still a very young player to talk about filling the place left by someone like Cristiano Ronaldo, who is one of the greatest players in the history of the club – if not the greatest,” Rodrygo said.

“I don’t want to weigh myself down with the pressure of replacing Cristiano Ronaldo,” he added.

The 18-year old netted a hat-trick for Real Madrid during their 6-0 win over Galatasaray on November 7 in the Champions League.

Reflecting on the same, Rodrygo said: “Scoring a hat-trick like I did was something nobody expected. So I can’t really explain how I felt after the game. All I could do was enjoy a special, once-in-a-lifetime moment.”