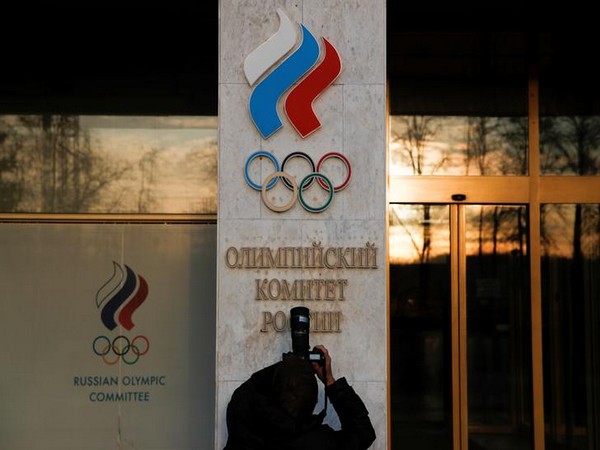 Washington DC [USA], Nov 26 : An independent panel at the World Anti-Doping Agency (WADA) is seeking a ban for Russia from Tokyo Olympics 2020.

The panel has sent in its recommendation to the executive committee of the world’s anti-doping regulator and if they accept, Russia faces a four-year ban from the global sport.

This recommendation comes on the back of serious penalties that have already been imposed on Russia for constantly trying to find ways to go around the ways that have been designed to ensure fairness in sports, the New York Times reported.

If this recommendation is approved by WADA’s board next month, Russian athletes and teams would be barred from next year’s Tokyo Olympics and from major events like soccer’s World Cup and the world championships for archery, wrestling.

Once the recommendation gets the approval of WADA’s board, Russia will see itself banned for four years from global sport.

It is being alleged that Russia manipulated a database to delete some test results and fabricate other data.

Three years ago, Russia was caught being involved in one of the most controversial doping programs in sports history.

In the program, Russian antidoping experts and members of the country’s intelligence service replaced urine samples tainted by performance-enhancing drugs with clean urine at the 2014 Winter Olympics in Sochi, Russia.

Following the resolution from that case, Russia agreed to provide a set of testing results to doping regulators from its Moscow laboratory.

It is that database which has forced Russia to now stand accused of manipulating to cover up continued violations.

“The Moscow data are neither complete nor fully authentic. In particular, while the 2019 copy of the Laboratory Information Management System (LIMS) database matches in many respects the 2015 copy of the LIMS database provided to WADA by a whistleblower in 2017, hundreds of presumptive adverse analytical findings that appear in the 2015 copy of the LIMS database have been removed from the 2019 copy, and the related underlying raw data and PDF files have been deleted or altered,” WADA said in an official statement.

WADA’s Executive Committee would meet on December 9 this year to take note of the federation’s independent Compliance Review Committee.

If the committee accepts the recommendation, a formal notice will be sent to the Russian Anti-Doping Agency (RUSADA).

RUSADA will then have 21 days to accept the notice. If the federation does not accept it, the matter will be referred to the Court of Arbitration for Sport (CAS).

This banter between Sourav Ganguly and his daughter is unmissable!