Delivering a major boost to the junior golf, the US Kids Golf is making its way to India and planning to organise a full Indian Golf tour scheduling eight tournaments to be held across the six cities in the country.

The inaugural 2018-19 season will unfurl having three events in Delhi NCR and one each at Kolkata, Bengaluru, Hyderabad, Chandigarh and Pune at Championship golf courses. 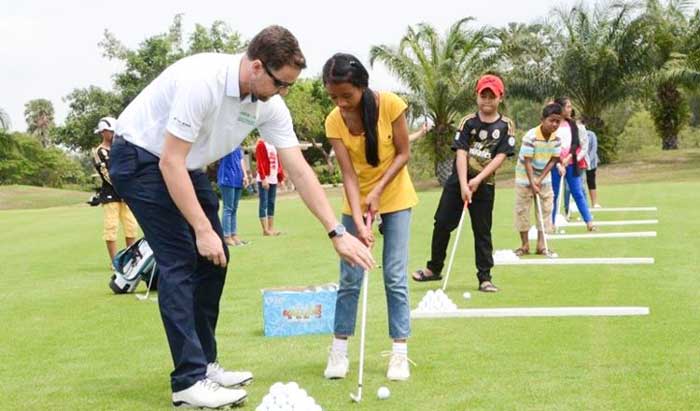 The US Kids golf will be played across various age groups like for Boys it’s from 6 t0 18 and for girls it is set from 7 to 18. The tour will kick off from 7th December at the Picturesque Jack Nicklaus designed Classic Golf & Country located at the outskirts of Delhi.

Rajesh Srivastava, President, U.S. Kids Golf India said, “With Golf now being a part of the Olympics and the Asian Games, and Indian golfers doing well internationally, it is about time that we focus on the right way of developing junior golf in India. With this initiative, we will be putting forward a scientific approach to the development of junior golf in the right environment with age-specific equipment and yardages to ensure that our kids grow their game while enjoying the sport and also remain free from injury and fatigue. One of the major focus areas will be the certification of junior golf coaches and caddies, who are the first point of contact between a junior golfer and the game, as per U.S. Kids Golf global norms and standards.”

“Our vision is to promote junior golf in the country and take the game to masses, just like the journey of cricket in India and how it became the most loved sport from being an exclusive sport in its early days,” he added.

Dan Van Horn, President and Founder, U.S. Kids Golf says, “It is a new era that is beginning in India for junior golf. With the help of very committed supporters of the sport in India, I am extremely pleased to announce the formation of a new entity, U.S. Kids Golf India.  This effort includes not only the launch of the first nationwide kids golf tournament series but the development of kid-friendly coaching for future players of the Country and an organised distribution of right kind of equipment for young players. U.S. Kids Golf is recognised as the world’s leader in youth golf (National Golf Foundation – Top 100 companies) and is proud to play a vital role in the development of golf in India for young players.”

The following edition of US Kids Golf India Tour 2019-20 is scheduled to be a year-long tour having Zonal and regional tournaments culminating in a national championship.