Unmukt Chand, Former U-19 Captain and humpty dumpty batter with extraordinary gaming techniques and valour to hit has become first player to play BBL. He debuted from Melbourne Renegades against Hobart Hurricanes. This is recent star in his T-shirt when he played his first game in BBL.

Unmukt Chand is Playing Under Australia’s current Limited over captain, Aaron Finch. Apart from this team will also feature Shaun Marsh for the games.

The 28-year-old had called time on his playing career in India last year and is plying his trade in different leagues across the globe. 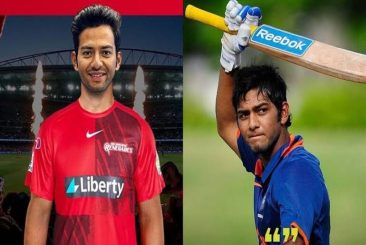 Chand, a former India A skipper, had never played for the Indian senior team but was part of three IPL franchises — Delhi Daredevils, Mumbai Indians, and Rajasthan Royals. He had a domestic career spanning more than a decade, including 67 first-class matches.

Chand burst on to the international stage as a teenager in the 2012 ICC U-19 World Cup in Australia. He was player of the match in the final, scoring an unbeaten 111 against an Australian side featuring a host of now-BBL stars, including the likes of Travis Head and Ashton Turner. 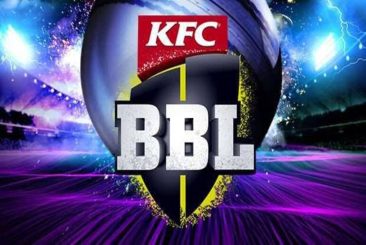 In 2019, Chand moved to Uttarakhand in search of stability but left within a year after indifferent performances led to his ouster. He eventually stepped away from Indian cricket and moved to the United States of America to search for opportunities.

Unmukt Chand and many more names have left the Indian Subcontinent to play for different leagues and find newer opportunities to showcase their talents of hitting and scoring.

Kohli Should Put Aside his ego playing Under Young Guns : Kapil Dev