Indian Government is formulating a stable National Aerosports policy that would enable government to establish a Aerosports Federation of India (ASFI) and create a framework for all types of Aerosports activities happening in stretches of India that will embark a journey to put the game and name of Indian Aersportspersons on International forum.

Currently in the country, especially in hilly stretches there are many minute clubs or individual teams who perform some sort of Aerosports but due to lack of many amenities and safety nets we lack behind international standards and players have to rely on extra-territorial training. But, now union government is trying to leverage the potential of these players so that they could train well and represent India in International showdowns. 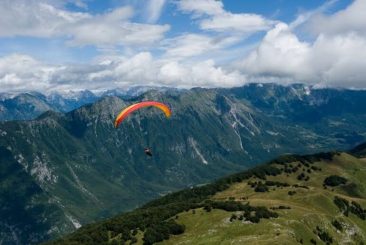 “Air sports by their very nature involve a higher level of risk than flying a regular aircraft. NASP 2022 places strong focus on ensuring international best practices in safety,” said the document, which has been placed in the public domain to seek feedback.

With Formation of Aerosports Federation of India (ASFI),  the regulation of the gaming clubs and organisations would be easier and India will register a representation at Fédération Aéronautique Internationale, the global governing body for air sports headquartered in Lausanne, Switzerland. Adding to this, all the sports club and organization are requested to get registered with the authorities.

For the game country will alter its donation policy. As Country’s sky is divided into red, yellow and green zones, according to the DigitalSky platform of the Directorate General of Civil Aviation, which allows air sports enthusiasts to rely on the easily accessible map for guidance.

Operations in red zones require a permission from the central government, and yellow zones need approval by the concerned air traffic control authorities. Operation in green zones for aircraft with total weight of up to 500kg does not require any permission.

Locations such as Bir-Billing in Himachal Pradesh, also known as India’s paragliding capital, Gangtok in Sikkim, Hadapsar in Maharashtra and Vagamon in Kerala will be declared as control zones for air sports that would require approvals from the federal home and defence ministries, the concerned state government and the local air traffic control.

“This will enable hassle-free flying by air sports enthusiasts in such control zones without creating any risk to national security or safety of other manned aircraft,” the draft policy said.

“During peak winters, the level of air sports reduces in Europe and North America, and the air sports aficionados migrate to milder climates. ASFI and the air sports associations will work towards developing a hassle-free process to enable their movement to India,” it pointed out. “This will enable Indian air sports enthusiasts to learn from the experience of the visiting professionals, get exposed to global best practices and create opportunities to host global competitions in India.”