In a four years agreement, the major automobile company Audi will get their quintessential four-ring logo flashing on the digital signage and perimeter LED boards at Spur’s new stadium. 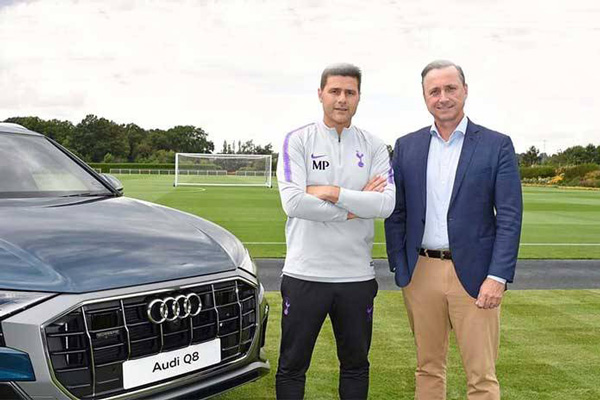 The German automaker Audi’s brand recognition will also feature on the official social media page of the club and in stadium television network, as well as on the site’s big screens, the biggest across the Western Europe.

Marking as the newbie move of the German car-maker into the soccer industry, the Tottenham’s partnership will also carry link to the other clubs like Real Madrid, Barcelona and Bayern Munich.

Fran Jones, head of partnerships at Tottenham Hotspur, said: “Audi is a premium brand, so we are delighted to have it on board alongside a number of other leading club partners.  We look forward to welcoming Audi and offering them the opportunity to showcase their products across the club.”

Andrew Doyle, director of Audi UK, added: “The partnership brings two progressive brands together – Audi and Spurs.  The club’s legendary captain Danny Blanchflower famously spoke of ‘doing things in style’ – this, with our commitment to quality, guides everything we do.  Our shared principles of beautiful design and the most advanced technologies further cements our belief that Audi and Spurs will be the perfect marriage.”

This deal follows on the heels of another agreement involving Spurs, with the club partnering with American information technology company Hewlett Packard (HP) as their new official computer hardware supplier.