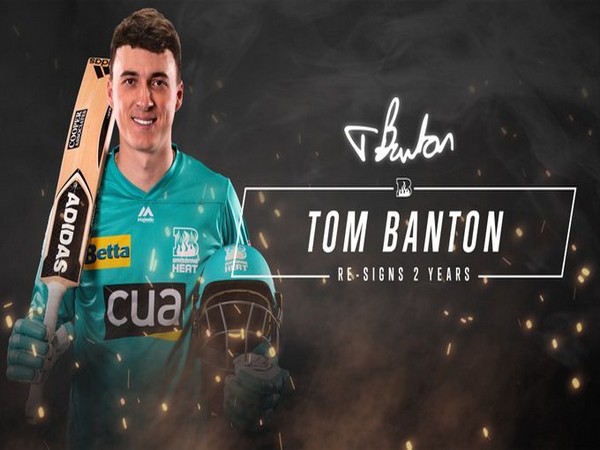 Banton played the first half of the ongoing edition of the tournament for Heat and managed to score three half-centuries.

The 21-year-old scored 223 runs for the team at a strike rate of 176.98. During his stint, he registered the second-fastest half-century of all time in the BBL, scoring 50 from just 16 balls.

He has played three T20Is for England as well and is currently with the national side for the ongoing ODI series against South Africa.

“I think anyone who saw Tom during his seven games for the Heat in the BBL would agree that he is a special player and someone we think can play an important role for us over the next two years,” Heat coach Darren Lehmann said in an official statement.

“We wanted to move quickly and are very pleased that Tom has agreed to terms. He’s a good young lad and we think his cricket will only get better from here. He’s got his first IPL coming up and he’s in the English set-up, so we know how highly he is thought of around the world,” he added.

Brisbane Heat did not manage to reach the playoff stages of the ongoing tournament as they finished at the seventh spot with 12 points from 14 matches.

‘Yes, I am black, that’s my skin’: Temba Bavuma after win against England

Harry Kane to recover by May this year, predicts Jose Mourinho