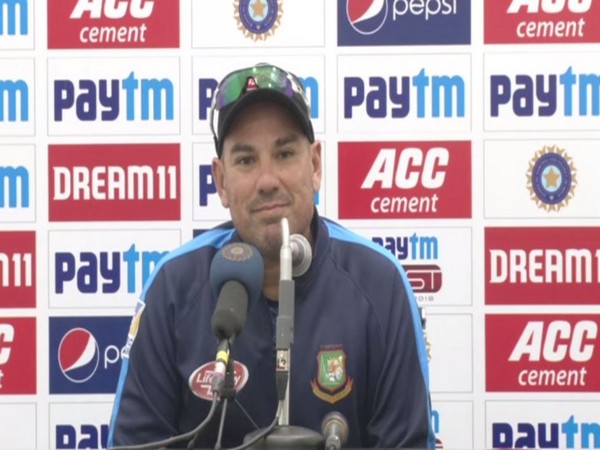 “To win Test match you need a bowling unit. You need six bowlers that we can pick at the moment and I think that’s why India is doing so well. Australia, England, and South Africa have done well because they have a group of 5-6 pace bowlers that they can pick in any conditions home or away,” Domingo told reporters here.

The coach admitted that the Bangladesh’s strength is playing on spinning tracks and that’s why they lack on pace attack.

“Bangladesh’s strength is always playing on wickets that have spin so there is no doubt about it and records shows it. We need to provide opportunities for fast bowlers to perform,” he added.

Bangladesh did not get the much time before the first Test after losing the three-match T20I series by 2-1.

“With the Test squad we had two days before the first Test match. A lot of the focus is obviously pays on the T20, taking place first. There has not been a lot of preparation time in terms of Test cricket and getting to know some of the players,” Domingo said.

“Imrul is been with the team for the first time. We are still learning. It is a very inexperienced Test team. Miminul’s first Test as captain and it is a tough place to make captaincy debut. He is a calm and composed guy. I’m sure he have learned a great deals from today. It is very odd to judge himn on one Test game in India after two tough days. He is eager to learn,” he added.

The 45-year-old Domingo hailed the Indian batting line-up as they had batsmen averaging above 40.

“I think it is always easy to say when you have got six batters involved all averaging 45 or 50. You think of teams you play against, you look at the numbers of the Indian batters unfortunately we don’t have those numbers in our batting line-up at the moment. That is why we end up playing an extra batsman,” Domingo said.

“They are confident at the moment and playing on a good wicket. They have been playing Test cricket and have been successful. This is Bangladesh’s second Test probably in the last six to seven months. I think India have probably played 10 in the last three months. So we have been outplayed for two days. There is the big difference in the experience of there team and our team. That’s why performance is so far apart,” he added.

Mayank Agarwal’s double ton guided India to 493 runs on the day two of the first Test against Bangladesh at the Holkar Cricket Stadium here on Friday.

India were at 493/6 at the end of play on day two. Mayank scored 243 runs while Ajinkya Rahane amassed 86 runs. India are leading by 343 runs with four wickets remaining after bundling out Bangladesh to 150.

India resumed their innings from 86/1 on day two. Cheteshwar Pujara and Agarwal built a 91-run stand for the second wicket.

India lost back to back wickets as Pujara (54) was first dismissed after scoring a half-century, and then Virat Kohli was sent back to the pavilion for a duck.

Ajinkya Rahane along with Agarwal added a massive stand of 190-run for the fourth wicket and guided the side to went past the 300-run mark.

Rahane played a knock of 86 runs before giving away his wicket to Abu Jayed reducing India to 309/4.

Ravindra Jadeja joined Agarwal in the middle and added 123-run partnership for the fifth wicket.

In between the partnership, Agarwal completed his second double century of the Test cricket in his eighth match. He also hammered eight sixes, highest by any Indian in an inning.

Agarwal was scalped by Mehidy Hasan Miraz in the 108th over after scoring massive 243 runs, his highest score in the format.

Wriddhiman Saha lost his wicket cheaply to Ebadat Hossain after playing a knock of 12 runs.

Umesh Yadav joined Jadeja in the middle and added runs on a fast pace. Yadav played a knock of 25 runs off 10 balls studded with three sixes. Jadeja and Yadav remained unbeaten on 60 and 25 runs respectively.

For Bangladesh, Abu Jayed scalped four wickets while Hossain and Miraz picked one wicket each.