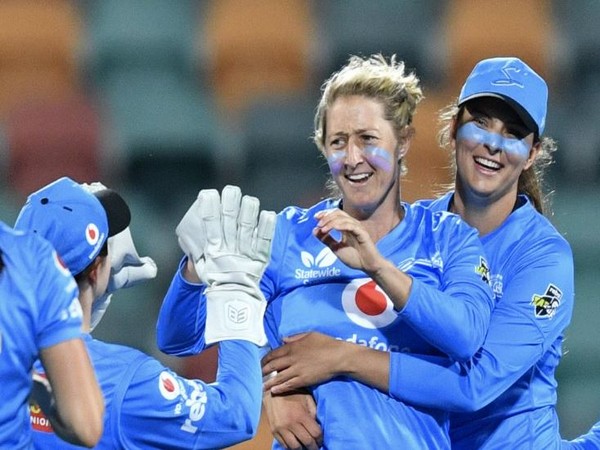 Melbourne [Australia], Dec 7 : Adelaide Strikers’ Sophie Devine said her team’s win is all that matters to her after reaching in the Women’s Big Bash League (WBBL) final on Saturday.

“I got dropped a couple of times there but at the moment, luck seems to be going my way. Tomorrow I could get a duck and someone else could be standing up and getting runs, but at the end of the day as long as the Strikers are winning, then that’s all that matters,” Cricket.com.au quoted Devine as saying.

The New Zealand player played an unbeaten knock of 65 runs against Perth Scorchers in the semi-final to help her team secure an eight-wicket win.

Devine, who has 764 runs from 15 innings, is just 14 runs behind Ellyse Perry’s record of 777 for most runs in a single season.

The WBBL final between Adelaide Strikers and Brisbane Heat will be played on Sunday.