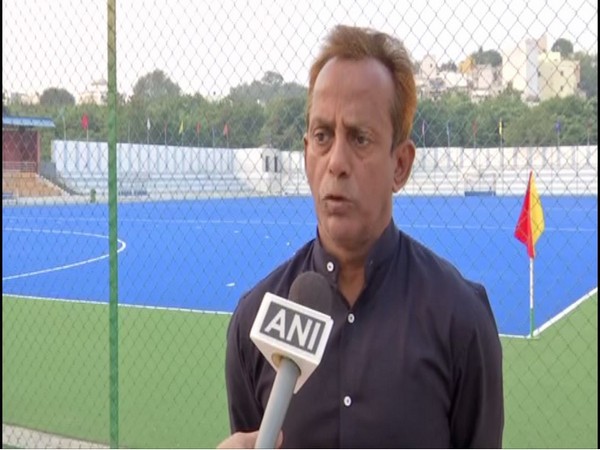 Hyderabad (Telangana) [India], Dec 12 : Railway Sports Complex (RSC) at Secunderabad is set to capture the imagination of players and spectators as it will provide a synthetic astroturf hockey stadium and will serve as one of the biggest integrated sports facilities in the country.

SN Mohamed Nayem, the senior sports officer, south centre railway said that the stadium has been designed to host top-level hockey matches in the country and he also shed light on the facilities that the hockey stadium will provide to the players.

“This hockey field is designed to host top-level hockey matches in the country. The total field area of the stadium is 6,426 square meters and the project which cost Rs 5.80 crore, was taken up in October 2018. The stadium includes a sprinkler system with one lakh litre underground water tank. It also has a gallery to seat 5,000 spectators with tensile roofing among other facilities. The design and execution of the Synthetic Hockey Stadium were undertaken by Great SportsTech, a Hyderabad headquartered sports infra provider,” Nayem told ANI.

Gangadev Singh and Mayank James, who are hockey players said that the stadium has improved quite a lot over the years and has become player friendly

“It’s been 8 years since I started practicing hockey at this stadium. Previously there was grass, difficult to play matches but now the Department has upgraded this hockey Stadium to a world-class turf structure. It is easy to practice and play here,” Gangadev said.

“I am a great hockey fan, from the past 12 years I have been practicing and playing at this particular court. Now it has been upgraded to a world Class synthetic turf field, now it will be easy to play at National and International level. I am happy about it,” James said.