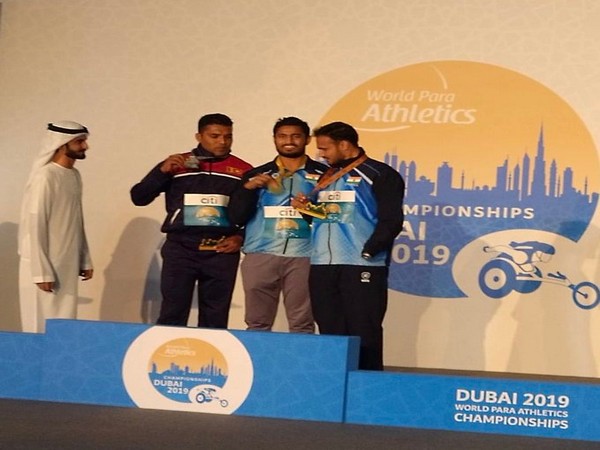 Gurjar won the gold with a 61.22-metre throw whereas Ajeet claimed bronze with a throw of 59.46-metre.

Both qualified for the Tokyo 2020 Paralympics.

Another javelin thrower Rinku who came at the fourth spot in the competition also secured a Paralympics quota.

“India’s @SundarSGurjar Won Gold medal with a throw of 61.22 mtr and #AjeetSingh won Bronze Medal with a throw of 59.46 mtr in the Men’s Javelin Throw F46 at the World Para Athletics C’ships. Sundar, Ajeet and 4th placed #Rinku qualified for the Paralympics. #KheloIndia,” SAIMedia tweeted. 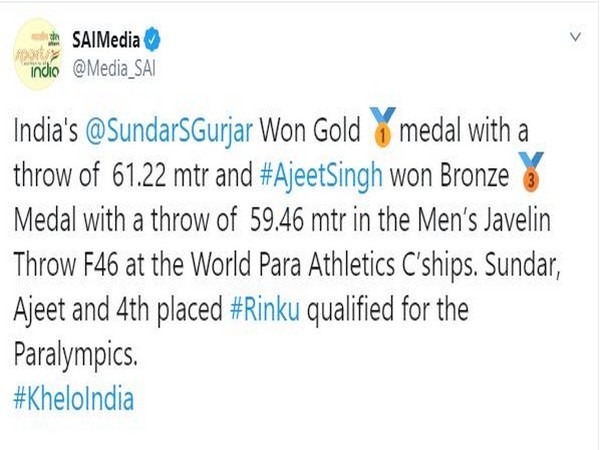 Tokyo will host the 16th Summer Paralympics 2020 from August 25 to September 6.