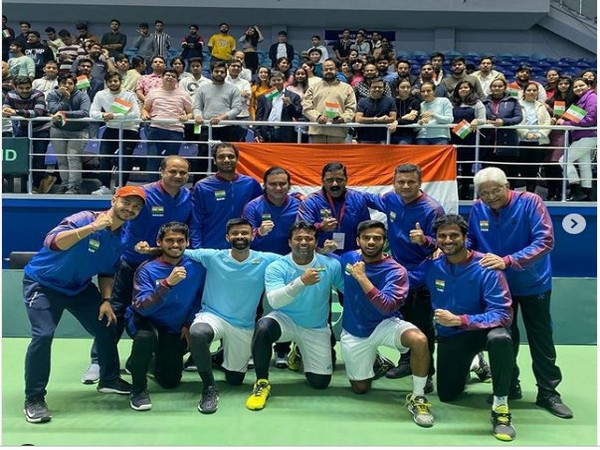 The tennis star also said that the side displayed a dominating performance in the tournament as they dropped just seven games in the whole tie.

Nagal, took to his Instagram to post a picture of the Indian Davis cup contingent and captioned it as: “This win is dedicated to the Armed forces and their families who risk their lives and protect us”.

“What a crazy week by winning the tie 4-0 and dropping only 7 games in the whole tie. Could not ask for a better week than this. What a performance by everyone in the team. I got my debut win as well haha it was about time. Thank you for all the support India. You guys were amazing,” he added.

On Saturday, India had progressed to the Davis Cup 2020 qualifiers after securing the tie against Pakistan 4-0.