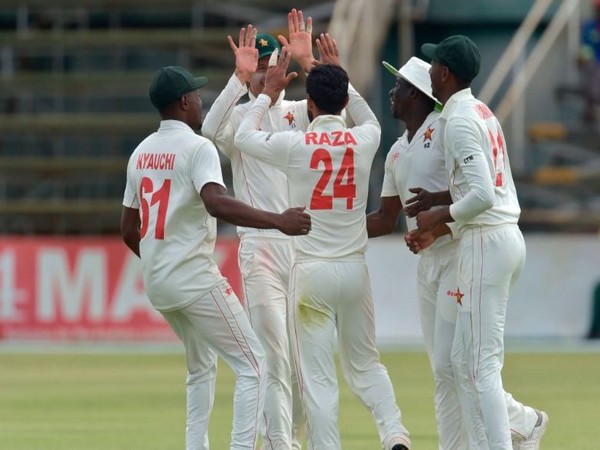 Harare [Zimbabwe], Jan 28 : Sri Lanka are trailing Zimbabwe by 284 runs after the completion of day two of the second Test match here on Tuesday.

Sri Lankan openers, Oshada Fernando and Dimuth Karunaratne, provided their side a brilliant start to the team’s first innings as they struck regular boundaries.

However, when the team was just six runs away from the 100-run mark, Sikandar Raza dismissed Karunaratne (44).

Kusal Mendis came to the crease but failed to form a partnership as Donald Tiripano took the wicket of Fernando, who played a knock of 44.

Angelo Mathews was the next batsman and played cautiously along with Mendis. Zimbabwe failed to pick more wickets throughout the day and Sri Lanka will resume their first innings from 122/2 on day three.

Earlier, after resuming the innings from 352/6, Zimbabwe did not get off to a good start as Regis Chakabva (31) was dismissed by Lasith Embuldeniya. Soon after, Tinotenda Mutombodzi gave away his wicket after scoring 33 runs.

Ultimately, Zimbabwe were bowled out for 406 runs.