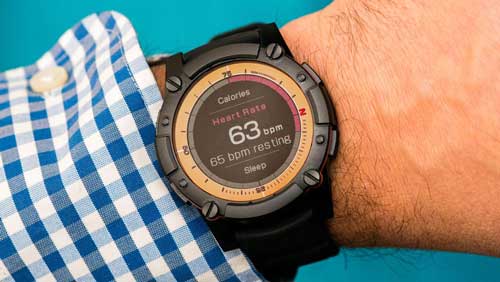 The future of the fitness watch might go charge less.

As per our human psychology, people miss to charge their gadgets due to multiple of reasons. Now, what will happen, if there won’t be any need to charge their Smartwatch or Fitness Tracker?  Just imagine everything in the life will be so sorted.

The future of the fitness watch might go charge less.

Yeah you have heard right, Matrix Industries has unveiled the second generation of its Body-heat powered smartwatch that does not need to charge. Here is the new ways of saving energy, it seems Matrix Put it right:

A California based startup company, Matrix industries wants to make it a matter of past of sticking a charging cable into the wearable.

Expected to be economically launched in June this year, the Matrix PowerWatch 2 was showcased at the ongoing CES 2019 in Las Vegas. The Matrix Industries launched its first Generation PowerWatch in November 2017, after a successful indigogo campaign and six years of research.

Talking more about its other functionalities besides Solar and thermometric tech, the timepiece has both built-in GPS tracking and heart rate monitor like the prior model along with the ability to show (certain) notifications from a compatible iPhone or Android handset.

The self-powered smartwatch as per the company’s statement should last for a marathon, well for now the product is in prototype stage as it will take time for company to officially land the product in June this year.

Good news for early birds, those who want to grab the  Matrix PowerWatch 2 with no time, they can get massive 60 percent discount off on the $499 marked price of watch making it just $199 worth, for this incredible wearable.