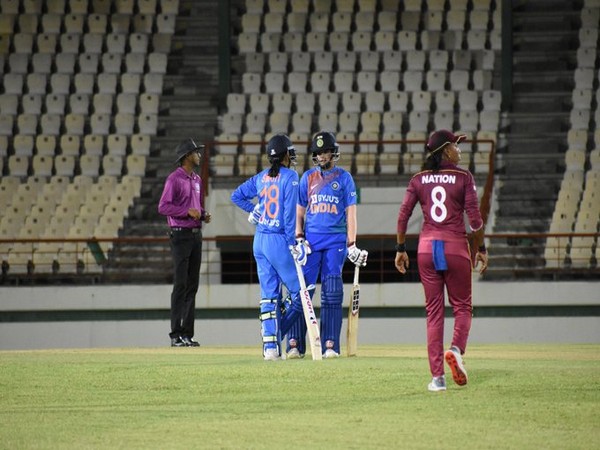 With this feat, India now leads the five-match series by 2-0.

Chasing a target of 104 runs, Indian openers Shefali Verma and Smriti Mandhana lead the team to a comfortable victory as the duo built an unbeaten stand of 104-run for the first wicket.

Verma played a knock of 69 runs off 35 balls while Mandhana amassed 30 runs in 28 deliveries to hand India a massive win with 57 balls to spare.

The hosts were only able to score below-par target of 103 runs in their 20 overs.

Windies suffered a bad start as they lost two quick wickets in the early phase of the game. Stacy-Ann King (7) and Shemaine Campbelle (0) were sent back to the pavilion cheaply by Indian bowlers.

Hayley Matthews and Chedean Nation built a partnership of 34-run for the third wicket before the former was scalped by Pooja Vatrakar in the 12th over.

Nation (32) was sent back to the pavilion by Deepti Sharma in the 17th over. She scored highest runs in Windies inning.

In the same over McLean also lost her wicket to Sharma after scoring 17 runs.

India restricted Windies to 103/7 as Sharma scalped four wickets by giving away just ten runs in her four overs. For her spectacular bowling performance, she was awarded the Player of the Match.

The next T20I between both teams will be played at Providence Stadium in Guyana on November 15.