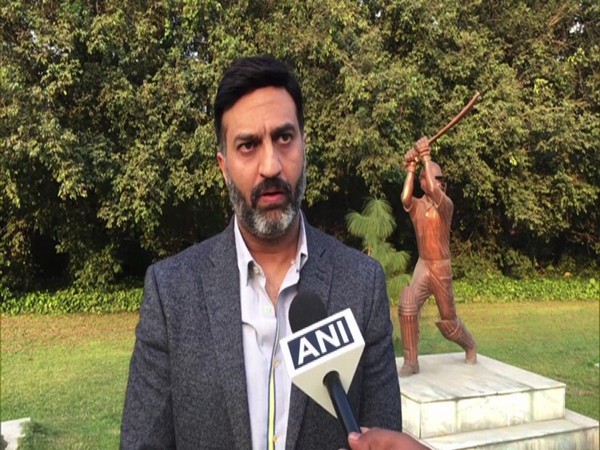 Meerut (Uttar Pradesh) [India], Nov 19 : Ahead of the second test match between India and Bangladesh, which marks the first time the Indian cricketers will be playing with the pink ball, officials of Sanspareils Greenlands (SG) — the company that produced the balls, said that the ball had been tested and checked thoroughly before being given the green signal.

“The red ball is made by dyeing the leather, the pink ball is made by applying colours in stages. It takes around 7-8 days to make one pink ball. We were contacted by BCCI about a month back asking us whether our balls had passed the required tests,” Paras Anand, Marketing Director of SG told ANI here.

“We told BCCI that our pink balls were at par with any other of its kind in the world. We tried and tested it in every way and today we can say with confidence that it will fulfil all international requirements. We have delivered around 120 pink balls to BCCI so far, including those needed for the Indian team for practice,” he added.

Speaking about the challenges in making the pink ball, which will be India’s first day-night test match, he said, “It was challenging for us to ensure that the colour of the ball stays intact during the 90 overs of a day’s play. The hardness too should not be lost. We had been working on the pink ball for the past three years and it was the most difficult part of the process.”

The players are gearing up themselves at the Holkar Cricket Stadium these days for the pink ball Test match against Bangladesh.

The ongoing Test series between India and Bangladesh is part of the ICC World Test Championship (WTC). India strengthened its position in WTC standings by reaching 300 points.

India and Bangladesh will play their next Test under lights at the Eden Gardens in Kolkata from November 22-26.