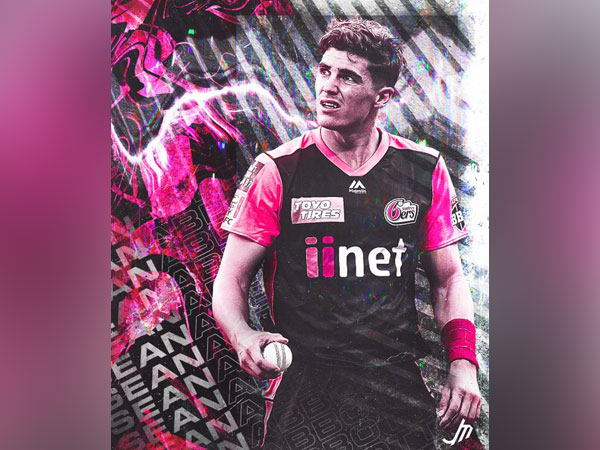 Sydney [Australia], Jan 29 : Ahead of the Big Bash League (BBL) qualifier against Melbourne Stars, pacer Sean Abbott will return to the Sydney Sixers squad after recovering from a side strain.

“I had my third bowl off my long run today and I’ll have another one tomorrow down in Melbourne. I’ve been playing lots of golf so I’d say I’ve been cleared (to return),” cricket.com.au quoted Abbott as saying.

“See how tomorrow goes, hopefully executing all my skills with the ball and the bat and then make a call,” he added.

Abbott played his last game against Sydney Thunder on December 28 in which he picked up the side strain that kept him out of the field for about a month. He also missed Australia’s tour of India due to the injury. D’Arcy Short replaced Abbott in the three-match ODI series against India.

“I feel like I’ve got enough games under my belt now and enough self-awareness to cope with whatever comes my way on Friday night,” Abbott said

Sydney Sixers will take on Melbourne Stars in the Qualifier at Melbourne Cricket Ground on Friday, January 31.