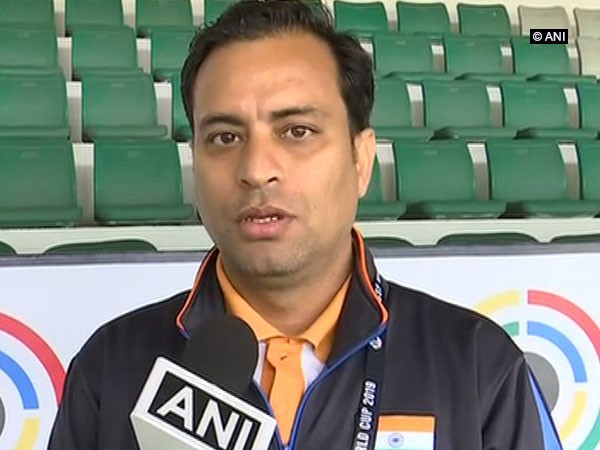 New Delhi [India], Nov 19 : Indian shooter Sanjeev Rajput on Tuesday missed out on making it to the finals after he fell one point short on day one of the International Shooting Sport Federation (ISSF) World Cup Final (WCF) Rifle/Pistol, being held in Putian, China.

Sanjeev, who finished on a score of 1153, secured the ninth position in the qualification round. Czech’s Filip Nepejchal won the gold medal in Men’s 50m Rifle 3 Positions (3P). The final qualification spot was clinched by Polish shooter Tomasz Bartnik with an effort of 1154.

Sanjeev would have qualified even if he had tied with Tomasz as he had two more inner 10s than the Pole.

Another Indian, Akhil Sheoran, finished further back on 13th with a score of 1147.

In Women’s 50m Rifle 3 Positions (3P), Anjum Moudgil also failed to qualify as she finished on the 13th position with a score of 1147. Briton Seonaid Mcintosh won the gold medal in the event.

Two finals are on the schedule on Wednesday, the Women’s 25m Pistol and the Men’s Rapid Fire Pistol. Rahi Sarnobat and Manu Bhaker will carry Indian hopes in the women’s event while Anish Bhanwala has made the cut in the Men’s event.

We haven’t seen the best of Babar Azam yet, says Ricky Ponting