The Korean technology major company Samsung has been experimenting several fitness sensors in clothing and shoes for last few years.

In order to extend the same streak, Samsung is going to introduce its own line of running shoes having in-built  smart sensors helping elite athletes to be consistent on their performance graph.

Earlier this year, Samsung C&T Corporation applied for two design patents at the Korean KIPO(Korean Intellectual Property Office). The patent was assigned on December 27, 2018 and shows different render images of a sneaker with a sensor on the back. 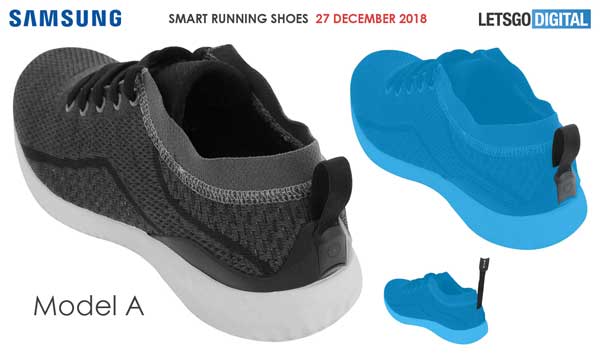 The patented Shoes by Samsung are made up of Leather and Synthetic material. The shoes shown as in model A can be switched on and off by pulling the tab. Now the smart shoe shown as in model B, its sensor can be found on the back from where one can open a plastic flap activating the smart functions. 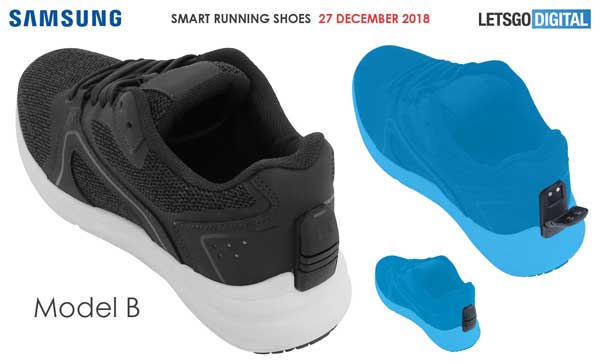 Venturing into the wearable technology domain, Samsung has previously created a sensor-laden men’s suit which was used by Dutch athletes to train for the Winter Olympics. A Samsung Creative Lab spin-off, iofit has also announced Smart Shoes just a year ago.

Samsung has previously created a sensor-laden smart men’s suit, the Samsung Smart Suit, which was used by Dutch athletes to train for the Winter Olympics. A Samsung Creative Lab spin-off, Iofit, has also announced Smart shoes some years ago.

It not yet confirmed when these smart shoes will be available in the market, however it is clear from the design patent the shoes are in an advanced state of development, suggesting we probably will see them sooner rather than later.