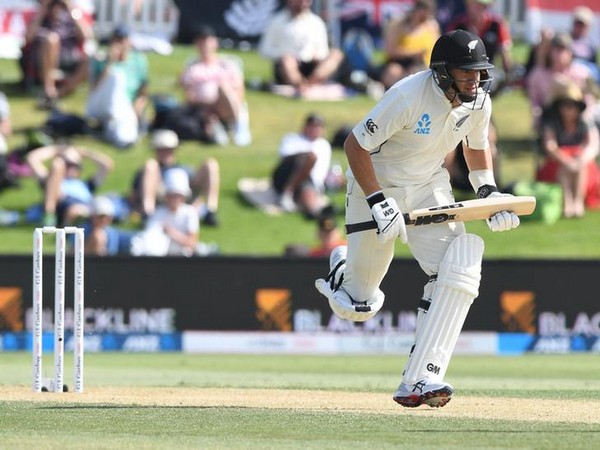 Hamilton [New Zealand], Nov 28 : New Zealand’s middle-order batsman Ross Taylor on Thursday hailed the depth within the squad and said it is ‘definitely the best’ at this point in his career.

“The depth is definitely the best it has ever been during my career. When I first started, I thought if we had a guy on debut we sort of hoped the player would do well. Now we expect the player to do well and that’s a good place to be,” ESPN Cricinfo quoted Taylor as saying.

“It is exciting to be giving other guys an opportunity and test the depth of this team. That’s probably been a strength of the side in recent times: guys who have come in have succeeded straightaway and put pressure on the incumbents,” he added.

Pacer Trent Boult and all-rounder Colin De Grandhomme have already been ruled out for the second Test at Hamilton against England.

Daryl Mitchell has been confirmed as the replacement for de Grandhomme in the match. While, one of Lockie Ferguson or Matt Henry will be replacing Boult in the match.

Taylor, who started his career in 2006 is now the fourth most-capped men’s player in New Zealand’s history.

“Colin de Grandhomme leaves some big shoes to fill but Daryl has some experience of international cricket at T20 level. He had a very good campaign around the first-class scene, too, so I am looking forward to seeing how he goes,” Taylor said.

“Whoever plays – Henry or Ferguson – will do very well. They are slightly different bowlers – Lockie has that extra pace, but Matt has been outstanding for us with the new ball – but they’ve both got their strengths. They have big shoes to fill, too, but both can do a great job and perform a similar role. Whoever we go with, we’ll have a lot of confidence in,” he added.

New Zealand had defeated England by an innings and 65 runs in the first Test.

Both teams will now lock horns in the final match of the series in Hamilton from tomorrow.

Alex Blackwell to retire after conclusion of WBBL