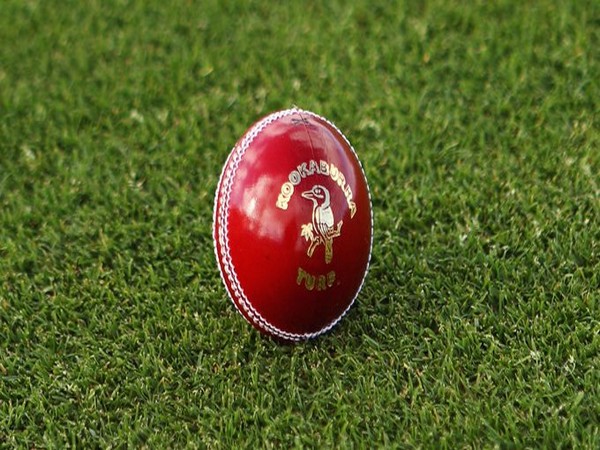 Melbourne [Australia], Nov 27 : Cricket Australia (CA) and Kookaburra will introduce a refined red Turf ball, designed to stay harder for longer, in round five and six of the ongoing Marsh Sheffield Shield.

The updated ball has been developed by Kookaburra’s Research and Development team in response to off-season feedback from players, coaches, and officials, in conjunction with CA.

General feedback across Australian cricket on the existing Kookaburra ball was positive for its ability to provide a reasonable balance across all facets of the game. However, there was also a desire for the ball and its seam to stay harder for longer, and in turn produce more swing for longer periods, creating a more entertaining spectacle in a variety of conditions.

The ball will not look or feel any different to existing Kookaburra balls and has the same weight, shape, and seam as the iconic Kookaburra Turf ball. The difference lies in an updated lining of the leather which is designed to increase the resilience of the seam, having it stay harder for longer.

The new lining has been worked on by Kookaburra for more than three years. Before its introduction into the Marsh Sheffield Shield, the ball has undergone an extensive trial period that has included lab testing, training sessions, off-season matches and use in the Toyota Second XI competition with encouraging results.

“Cricket Australia is grateful to Kookaburra for its willingness to engage in a thorough and productive process of feedback, research and testing to refine the red Turf ball for use at the domestic level,” CA Head of Cricket Operations, Peter Roach said in an official statement.

“Kookaburra has taken on board feedback from a variety of stakeholders across the Australian Cricket landscape and improved an already excellent product that has been used in the Sheffield Shield for many years,” he added.

Kookaburra Sports Managing Director Brett Elliot, said: “Kookaburra work closely with all governing bodies in exploring continuous improvement in the game and are very appreciative of the opportunity CA have afforded us in this area.

“Managing the balance between bat and ball across Test, ODI and T20 cricket across a range of conditions around the world is an important and challenging responsibility which Kookaburra is committed to continually invest in,” he added.

Kookaburra and CA will seek feedback from players, coaching staff, umpires and officials after rounds five and six of the Marsh Sheffield Shield. The updated Kookaburra ball will not be used in Test cricket this summer.

Kookaburra will look at results and feedback from refinements in a range of conditions across the world with its ICC member partners before adopting anything at the Test level with its Turf ball.

The Dukes ball will still be used from round seven onwards of this season’s Marsh Sheffield Shield as planned.

This is not the first time three balls have been used in a Sheffield Shield season. Day-night matches in previous seasons have required a pink ball, in addition to the red Kookaburra and Dukes balls.