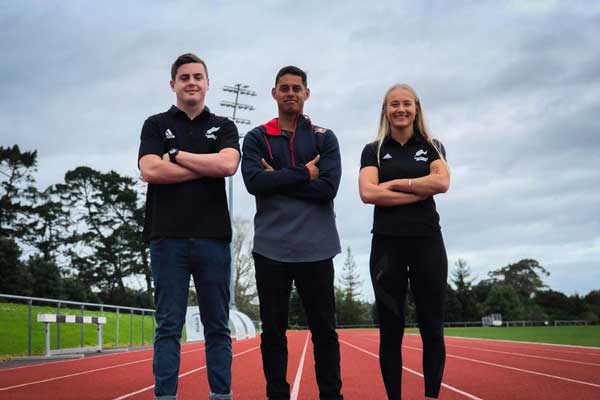 Red Bull has been announced as the key partner for Ignite7, a ground-breaking Sevens talent identification programme which has attracted more than 500 registrations since the concept was launched in July.

The partnership and sponsorship agreement will be in place for the next three years in what represents the first major step into the New Zealand rugby market.

NZR Head of Marketing, Brand and Retail Ventures Todd Barberel said the partnership represented an opportunity for rugby to reach out to new audiences.

Todd Barberel said,” “This relationship adds another element of excitement and energy to the Red Bull Ignite7 concept and Red Bull share our goal of creating meaningful pathways for young athletes to achieve their goals on the world stage.’  He added further,” “Red Bull is known as a high energy youth brand and we believe that aligns well with the dynamic and performance focused elements of Sevens rugby and also with the sport’s increasingly youthful fanbase.”

NZR launched Red Bull Ignite7 in July with an open invitation to athletes under 20-years-old to register their interest for a four-day event that will see 48 male and 48 female hopefuls put through their paces at Trusts Arena in Waitakere from 21 to 24 November.

According to Tony Philip, “We’ve had an overwhelming response to the concept with more than 500 valid registrations via www.ignite7.co.nz and Provincial Union nominations. Importantly 119 of those applicants identified themselves as being from outside rugby.”

The new concept has also attracted a diverse range of non-rugby athletes to register.

Tony  commented more ,“Our registered athletes have come from backgrounds in athletics, snow sports, water sports, martial arts and Waka Ama as well as a number of non-rugby team sports, which is exactly the sort of diversity we had hoped to attract.”

Several athletes had already begun a five-week rugby training course designed to upskill them in preparation for Red Bull Ignite7.

Three male and three female athletes will earn a place at the 2019 New Zealand Sevens Development Camp where they will train alongside the All Blacks Sevens and Black Ferns Sevens squads.

“The Trusts Arena are proud and delighted to partner with NZR and Red Bull on this fantastic new initiative. We are looking forward to seeing the success of this inaugural event and continuing our relationship with this event for many years to come.”

The Hero Women’s Indian Open Golf Championship prize surges to $500,000, the highest ever