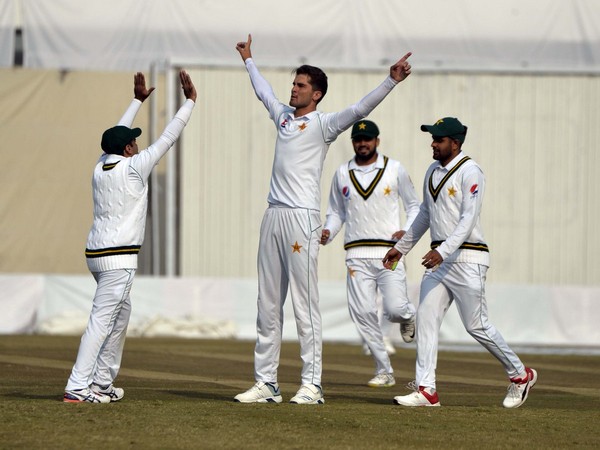 Rawalpindi [Pakistan], Dec 11 : Pakistan restricted Sri Lanka to 202/5 before play ended on day one due to bad light on Wednesday.

As Test cricket returned after a decade to Pakistan, the visitors won the toss and elected to bat at the Rawalpindi Cricket Stadium in the first-Test of the two-match series.

Sri Lanka had a solid start to their innings as openers Dimuth Karunaratne and Oshada Fernando had a 96-run stand for the first wicket.

Skipper Karunaratne played a knock of 59 runs before becoming falling a victim to Shaheen Shah Afridi. He was caught in front of the wicket by the pacer.

Angelo Mattews and Dhananjaya de Silva built a 62-run partnership to get past the 150-run mark. The former was picked up by Shah after adding 31 runs to the scoreboard.

Niroshan Dickwella joined Silva in the middle and stitched an unbeaten partnership of 13 runs for the sixth wicket.

Silva was at 38 while Dickwella remained unbeaten on 11 runs on day one. Sri Lanka were 202 for the loss of five wickets in 68.1 overs.