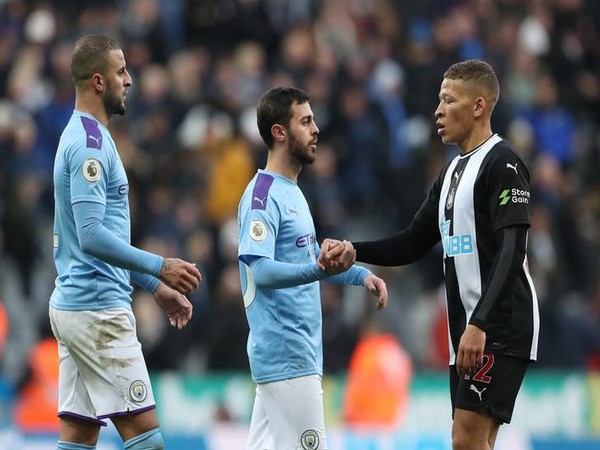 Newcastle [England], Nov 30 : Manchester City on Saturday played a 2-2 draw against Newcastle in the Premier League.

Raheem Sterling scored the opening goal of the match in the 22nd minute, handing Manchester City a 1-0 lead. However, just after three minutes, Jetro Willems scored an equaliser.

Kevin De Bruyne then handed Manchester a one-goal lead but that too only lasted for six minutes as Jono Shelvey levelled the scores in the 88th minute.

Manchester City will now compete against Burnley FC on December 4 while Newcastle will face Sheffield United on December 6.