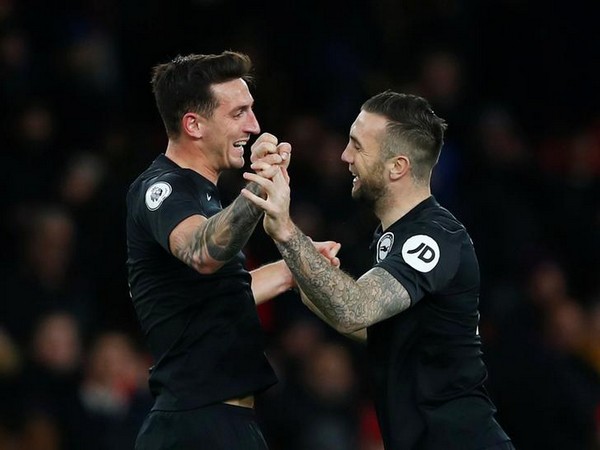 London [UK], Dec 6 : Arsenal stumbled again as the side lost to Brighton 1-2 on Thursday (local time) here at the Emirates Stadium in the ongoing Premier League.

With this loss, the side has now dropped to the 10th spot in the standings with 19 points from 15 matches.

Brighton maintained the bulk of ball possession and their efforts finally paid a dividend in the 36th minute as Adam Webster registered a goal.

No other goals were scored in the first half, and at the half-time break, Brighton went in with a 1-0 lead.

In the second half, Arsenal was able to come up with the equaliser as Alexandre Lacazette netted the ball into the goalpost in the 50th minute, bringing the scoreline to 1-1.

The match was headed towards a draw, but Brighton’s Neal Maupay had other plans as he registered the second goal for the side in the 80th minute.

Brighton was able to hold on from that point, and in the end, went away with a victory.

Brighton will next take on Wolves on December 8 while Arsenal will lock horns with West Ham on December 11.