Perth Scorchers has crushed Sidney Sixers to clinch their Big Bash League (BBL) title. With Laurie Evans firing with his bat, team was driven to the summit.

Laurie Evans smashed an unbeaten 76 off 41 balls to help blast Perth Scorchers past the Sydney Sixers to their fourth title in Australia’s Big Bash final in Melbourne on Friday.

Laurie Evans’ batting helped the Perth Scorchers to build score of 171 in 20 overs, in reply of the same Sidney Sixers plummeted for 92 within Seventeen overs.

It was revenge for the Scorchers who were beaten by their arch-rivals in the decider last season.

“What can I say, the guys deserve this,” said man-of-the-match Evans. 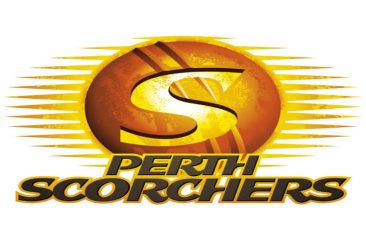 “They’ve sacrificed a lot, not being able to get home and stuff like that. I’m just really proud we got over the line today.”

The clash of BBL culminated another tournament marred by the pandemic with the game played at Melbourne’s Marvel Stadium with the roof shut after torrential rain.

The Scorchers nominated the venue as their “home” ground as they are unable to return to Western Australia, with the state border still shut to the rest of the country due to Covid concerns.

Henriques won the toss and opted to bowl and it looked to be a good decision when the Scorchers slumped to 25 for 4 after six overs.

But an incredible 104-run partnership by skipper Ashton Turner (54) and Evans flipped the match in their favour.