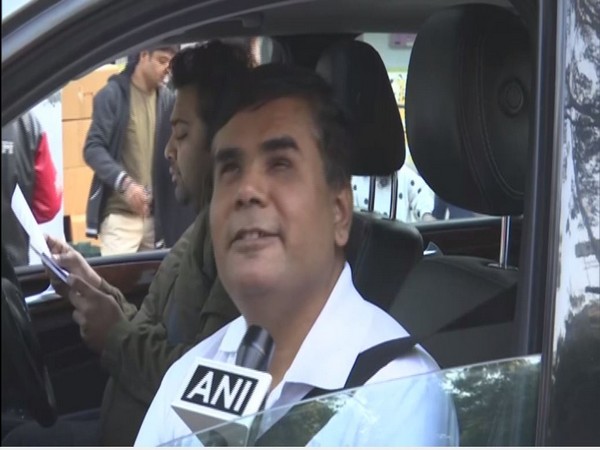 Ahmedabad (Gujarat) [India], Feb 2 : Participants on Sunday hailed the car rally which was organised for the visually impaired in Ahmedabad stating that such initiatives will help in inclusion of the blind in society.

The rally was organised by Blind People’s Association on Sunday with the help of Ahmedabad City Police.

In the rally, the visually impaired person will essay the role of a navigator while the passenger, a sighted person to obey their directions and drive the car accordingly.

“Drivers are always nice, this is not just a rally, this is the inclusion of blind people in the society. The drivers will be completely dependent on the route we will them. — Ritesh Thakkar, a blind navigator who is participating in the rally told ANI.

“I think our morale will be boosted mutually. The blind people will get morally boosted by us and we will get by them. It will be a thrilling experience, this is our third and we have an all-girls team,” Rebecca Sudan, a driving member of one team said.

In the rally, a 40-45 kilometre route was followed with different locations and martial points.

Ahmedabad’s Police Commissioner, Ashish Bhatia said that the rally will help in creating more traffic awareness among the people in the city.

“Blind People Association’s has organised this rally with the help of Ahmedabad City Police. In this rally, a navigator is a blind person and a driver is a normal person. The rally helps in creating more awareness about traffic,” Bhatia told ANI.

“Many people have participated in this rally and eye donation camp,” he added.