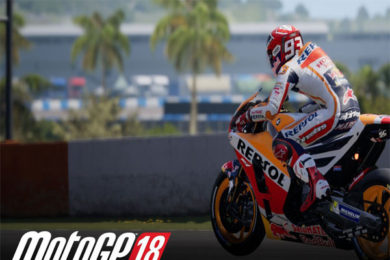 The deal between these two business heads Dorna sports and China Based Lenovo will increase the competitiveness of the eSport championship.

The deal will covers all the technical requisites of MotoGP events. Being an exclusive technology sponsor of motoGP  eSport championship, Lenovo will provide gaming PCs, monitors and accessories live events.

The agreement between the two parties for co-branding sponsorship will host the championship player’s game on Lenovo Legion’s high-performance gaming devices.

Gianfranco Lanci, Lenovo Corporate President and Chief Operating Officer, “Given eSports is one of the fastest growing areas in both gaming and sport viewing that’s captivating millions of fans around the world, sponsoring Dorna’s MotoGP eSport Championship is the natural step from our technology partnership in the MotoGP World Championship. It gives us the opportunity to deliver powerful and immersive experiences to the global gaming community – bringing together our Lenovo Legion gaming technology with Dorna’s critically acclaimed MotoGP game.”

Pau Serracanta, Managing Director, Dorna Sports, “I’m thrilled that Lenovo will be a part of the MotoGP eSport Championship. The Lenovo Legion gaming PC brand stands for sleek and powerful performance and with this partnership, some of the best gamers in the world will now be able to play on the Lenovo Legion devices during the Semi-Finals and the Grand Final. I’m confident this agreement between Lenovo and the MotoGP eSport Championship will welcome a future full of success.”

Dorna Sports cosnider that the new partnershipn will empowwr teh championship to a new heights as contestestants will once again race to win exciting prizes this season hich includes eight online challenges with love onsite semi fianals and season finale event will hed later in the year.

The Lenovo Legion-Backed first Semi-Final of the MotoGp eSport will take place at the Misano World Circuit Simoncelli in September 18, which is followed by the grand finale MotoGP season in Valencia in November.